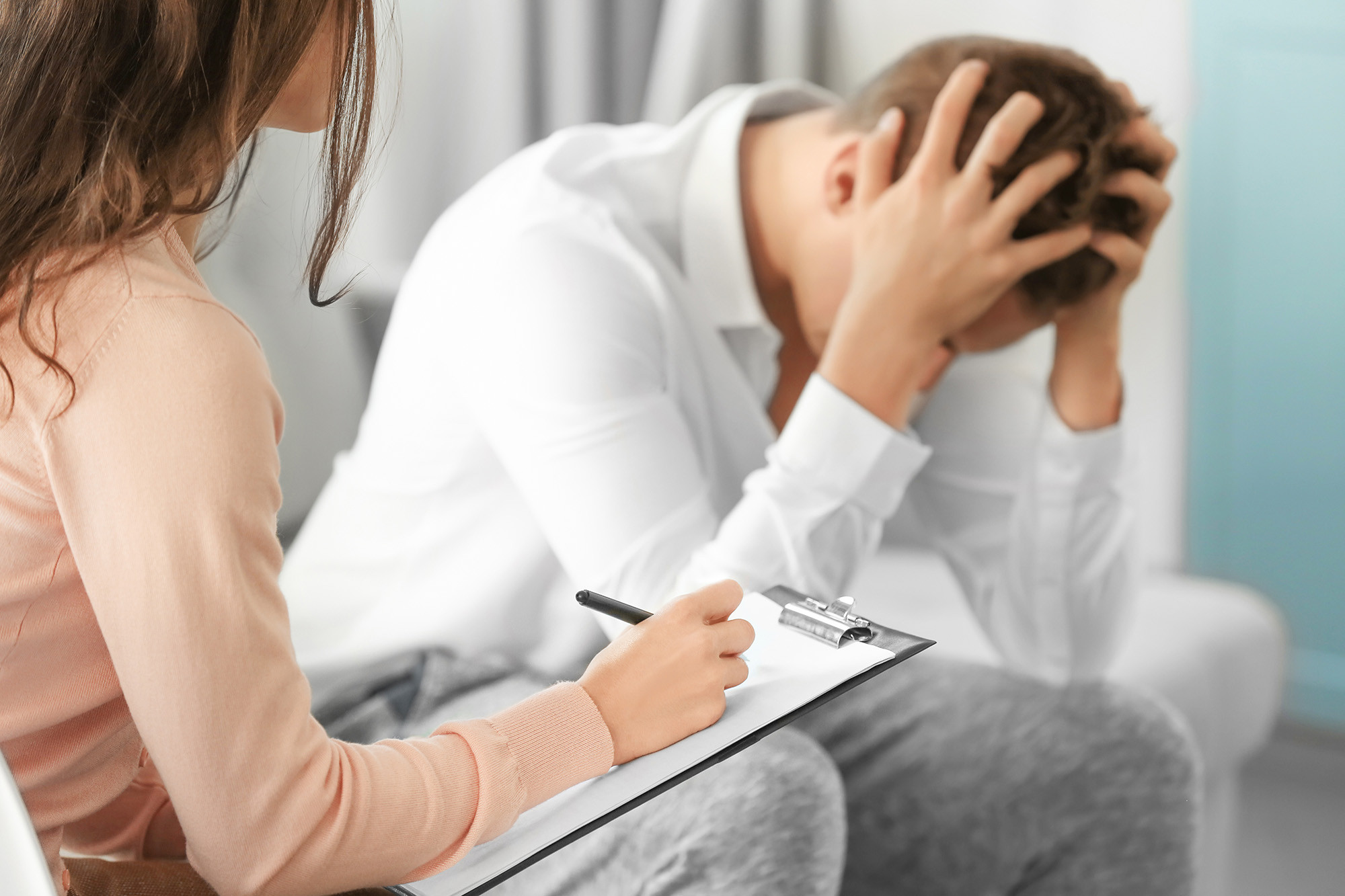 Annotation. The breach of spiritual laws leads to the psychological discomfort, and, as ac consequence, the illnesses. “A sound mind in a sound body” they say, and it is proved. Now there is the opportunity to measure all the physiological and physiological human factors according to the system of Module, Medical, Social and Psychological Diagnosis by the doctor Olga Kuzmenko.

We live in a Fair world, with its balance between the material and the spiritual. Nowadays the leading role has gone to the material over the spiritual. In this way, we go into the disharmony. In such a world the humanity is in danger of either dying from heavy chronic diseases.

In the book “Karma Diagnosis” S.N.Lazarev is writing: “The humanity has come to the edge when either death or renaissance. We can find our rescue in the personal spiritual search and realization of the responsibility for the whole planet destiny. The disease is a sign that a human has chooses the wrong way.   We have always wanted to treat it, but in fact it is a warning about our mistakes and it is here to save us. A sick person has to realize his mistakes and find new ways of development.

“Don’t serve the God and Mammon” – Jesus used to say. TWO centuries ago the combination of these different tendencies was impossible for the whole human’s life. Now the world has changed, and, so to say, to survive in this world a human should be both saint and entrepreneurial.

Based on our clinical experience, we confirm a conclusion made by S. N. Lazarev in the book “Karma Diagnosis. Part 1” was just the same as ours.

We made comparisons of data from case histories (article in the journal “The Spirit of Time”, February 9, 2019. Electropsycopsysiology” by O.P.Kuzmenko, S.I.Maslennikov, A.A.Novia) with the cases history, clinic, laboratory search methods. Repetitive connections, their norms and their combinations with the modules were revealed.

And psychophysical connections with the disease were determined and analyzed. And all the patients having the same disease also have the same psychological problems. Also, the patients confirmed that in the past they committed some immoral actions.

For example, people with respiratory diseases  breached the Commandment of Older Generation Honoring – “Honor thy father and thy  mother” in Judaism and in Christianity, “Honor your Parents and take care of them in old age, because this is the way your children do”, “Honor the older generation” in the Ancient Vedas, “Honor your parents” in Koran, “Honor the old” in Buddhism etc. As soon as the patients realized the problem, they got a full recovery from the asthma, chronic pneumonia, bronchitis, laryngitis etc. Pediatricians also confirmed that children living in disharmonious families with a lot of arguments suffered from frequent respiratory diseases. They didn’t respect their parents for that. The parents who were told about this reason stopped showing this bad example, and the therapy turned into a success.

All the patients having heart diseases used to breach the Commandments: “No adultery”, “May a man and a wife live in a harmony”, “Love your husbands, because they are the support of yours and your family”, “A wife is husband’s only one” from Ancient Vedas.

We noticed that mostly after the outburst of anger towards the relative of the opposite gender (e.g. e.g.f ather was angry with his daughter, wife on his husband, grandma on his grandson etc.) the first heart attack took place. The patients, which realized that they were wrong got a full recovery from heart diseases, headaches and backaches.

Let’s take another example. Patient Evgeny aged 22 got into the neurosurgery department with cervical spine injury. He got the injury in a car crash, he was paralyzed. The prognoses were either total paralyzation or soon death. At the examination he was told “Cervical spine paralization takes place for too much arrogance, just think why it happened to you!”

His wife remembered that recently wife’s aunt had asked him for some help. Her face was maimed during the plastic surgery. The doctors promised to her to correct these mistakes. She was afraid to scare her husband and asked to live by them. Evgeny was a painter , an aesthete, and he rejected her not wishing to see her maimed face. So, aunt stayed by a wife’s friend. In a month the plastic surgery was a success, and she left to another city to her husband. And, some time later, Evgeny got his injury.

For some time Evgeny was explained that was too much rude of him to behave like that. But he was sure that he was right.

But later that night he woke up with the tears in his eyes and feeling guilty. He was crying and felt really sorry. In the morning he felt he could move his hand. In a few days he could sit and move his arms and legs. He left the hospital on his both legs, but he was walking with people’s help, while other patients with the same problems were lying without any move. They got the same standard treatment as Evgeny did.

Later on, Evgeny got 3 courses of reflex therapy. As a result, he returned to the normal life and is still painting.

The same psychosomatic and spiritual treatment was conducted throughout the other patients. As a result, the person who felt for his immoral action got a full recovery.  And those who were sure that it is necessary to treat only body got just a negligible improvement.

The modern science is built on the materialistic laws. It implies that everything can be measured, seen, touched. That is why it doesn’t have any concept of “Spirituality” and “Warm heart”.

Psychophysiology unites together physiology, pathology, psychology, Spirituality. The specialists are mostly psychophysiologists and doctors. That is why they put a lot of emphasis on the body diseases and psychosomatics serves as a complimentary means for treatment.

It has been so far thought that it is impossible to measure Spirituality and Warm Heart. The system of Module, Medical, Social and Psychological Diagnosis by the doctor Olga Kuzmenko allows to determine physiological diseases, spiritual discomfort and imperceptions of personality.

The trustworthiness of these algorithms was confirmed by many scientists, doctors, psychologists, teachers, sociologists, priests.

Our body is made of material, and material out of the cells. For its normal functioning all the nutrients and oxygen are brought to the organs through blood vessels. In this way, the multiplication of the healthy cells can cause the regeneration of the organism.

It seems that to stay healthy it I enough to eat healthy, do exercisers and be on the fresh air. Nevertheless, everyone still gets diseases. SO what’s the reason? These are the nervous spasms. Due to psychosomatics, it was stated that vessel spasms are caused by the negative emotions. In case of the blood circulation breach some wastes and trombi appear, which attract microorganisms. They get into the organism causing infections and intoxications and that brings to various diseases.

Vessel spasms are cause by negative emotions. Negative emotions appear in case of the inconsistence of the desired and the obtained, when human’s behavior is not right.

And how do you know what is right and what is wrong? It is right to follow all the Commandments and be fair. It is stated that patients living in this way always recover faster.

For the full health recovery we offer not only medical and physical influence, but psychological and spiritual correction. It allows for a patient to analyze his behavior and correct his mistakes. We also think it is necessary to make people aware of the natural laws, which can make them ill. It is said not without a purpose “In a sound body a sound mind”.

In this way we offer the measurement of Spirituality and Warm heart through the measurement of biopotentials according to the acupunctures with the help of set “RADA”. It can help to determine both physical and material connections and also the level of the breach of natural laws.