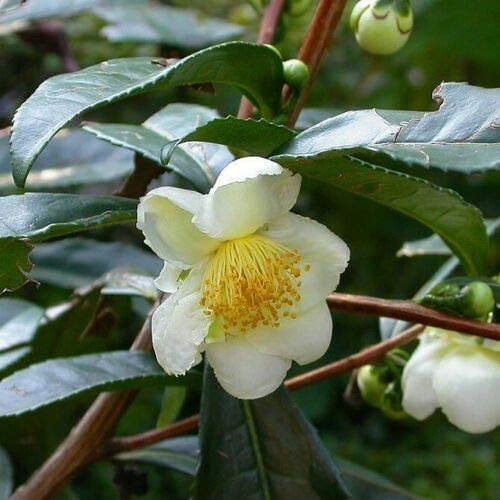 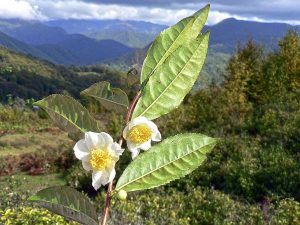 Background: The effect of green tea drink and green tea extract on lipid changes is controversial. Hyperlipemia is a major risk factor in the development of atherosclerosis (deposition of lipids on the artery walls) (Libby et al., 2011; Rader and Daugherty, 2008). This pathology represents one of the main risk factors in the occurrence of cardiovascular diseases (Lusis, 2000; Suowen et al., 2018). Indeed, the increase in plasma concentration of triglycerides, total cholesterol and LDL-cholesterol and a decrease in HDL-cholesterol are proportional to an increase in morbidity and mortality from cardiovascular origin. Conversely, lowering LDL levels improves the prognosis for life (Gotto and Moon, 2012). The virtues of tea are numerous and have been widely studied over the past thirty years (McKay and Blumberg, 2002) and in particular the improvement of lipemia by reducing the level of plasma lipids (total cholesterol, LDL, HDL, triglycerides) (Stangl et al., 2006). The majority of scientific studies on tea have been interested in green teas and black teas (more than 90% of scientific publications, as well as their majority phenolic compounds, catechins, theaflavins and thearubigins, molecules to which are mainly attributed to these lipid-lowering effects (Yang and Koo, 1997).

Our goal was to identify and quantify the effect of green tea and its extract on total cholesterol (TC), LDL cholesterol and HDL cholesterol. Several effects of Camellia sinensis on the body have been scientifically demonstrated. This species consists mainly of polyphenols. Thus, after regular consumption of tea (Camellia sinensis), numerous experimental studies show its influence on lipemia according to various mechanisms, for example, the interaction of the polyphenols contained in tea with enterocytes. The maximum concentration of these polyphenols in the plasma rarely exceeds 1 μM after consumption of 10 to 100 mg of a compound alone (Scalbert and Williamson, 2000).

This biomedical research (after consulting the CPP and the ANSM) was conducted in the CEN Experimental clinical investigation center. Its main objective was to evaluate double blind versus placebo the effect of the consumption of Hao Ling® tea infusions (Camellia sinensis) on lipid parameters (total cholesterol, LDL and HDL cholesterol, triglycerides, apolipoproteins A1 and B) in association with the cardiovascular hygiene rules recommended by the HAS (1).

His secondary objectives were to assess his tolerance, his observance by people, and the satisfaction they felt in consuming it. It has been conducted in people aged 18 to 65, men or women, with type IIa or IIb hypercholesterolemia who have never been treated, characterized by an LDL level> 1.90 g / L.

Patients were seen at baseline on day 30 and day 90. A blood sample was taken at each of these consultations to measure the lipid parameters.

The study involved 27 peoples, 14 in the placebo group and 13 in the Hao ling® tea group.

Compliance was comparable and greater than 90% for the two groups. The changes in these various parameters during the 3 months of consumption of Hao Ling® tea infusions were analyzed. The total cholesterol, LDL cholesterol and LDL cholesterol values ​​remain stable but on the other hand, for the other parameters, there are significant differences or close to the threshold of statistical significance. At one month of consumption of Hao ling ® tea, the values ​​of apolipoproteins A1 decrease in the placebo group from 1.55 ± 0.3 g / l to 1.48 ± 0.3 g / l and increase in the Hao Ling® group from 1.66 ± 0.3 g / l to 1.69 ± 0.35 g / l. The statistical analysis of these differences between the 2 groups is significant (p = 0.04) (Chart 1).

The results of this randomized, double-blind, parallel group study show that daily consumption of Hao ling® tea significantly modifies Apolipoproteins A1 from the first month of tea consumption. This change is maintained at 3 months. Our biomedical research used the highest and most reliable scientific criteria, namely an ERC-type clinical trial. The small size of this study was calculated in the clinical study protocol on the hypothesis of a drop in LDL. This study identified trends in decreasing triglycerides and LDL cholesterol and a trend in increasing HDL cholesterol. All these changes in parameters point in the same direction of cardioprotection linked to the consumption of Hao ling® tea in the people included in this trial. The amplitude of these effects is moderate but it must be put in perspective with the fact that this study was not intended to show a therapeutic effect but to provide elements justifying the fact that regular consumption of Hao Ling® tea on a food mode was likely to contribute to the protection of people on the cardiovascular level.

These results can be explained by the fact that Hao-Ling tea contains both the predominant catechins in green teas but also other categories of polyphenols such as theaflavins (3).

The Hao-Ling tea infusion protocol was studied during an experimental study showing that a Hao ling® tea extract (aqueous and standardized extract) protects the hepatocytes (seat of cholesterol synthesis) subjected to oxidative stress by oxygenated free radicals. The maintenance of the mitochondrial functions of these cells was also shown during this experimental study. This mechanism of action for Hao-Ling tea which allows powerful antioxidants to limit the action of the oxygenated free radicals responsible for cell and mitochondrial damage is presumed to act for the endothelial cells, seat of the formation of atheroma plaque and atherosclerosis. Theaflavins are largely responsible for the cholesterol-lowering effect (4-6).

Hao Ling® tea is a tea which allows to obtain a synergistic action, from the leaves of Camellia sinensis subjected to different leaf preparation processes, with a high content of catechins and polyphenolic compounds (2, 7, 10). The results obtained in this study must also be put into perspective with the fact that the study only covered 3 months which is a relatively short follow-up period to objectify the benefits of consuming a product such as Tea but it is important to emphasize that the fact that it rapidly and significantly modifies the apolipoproteins A1 (associated with good cholesterol) and gives hope for a long-term benefit on other biological parameters such as HDL and LDL cholesterols.

Likewise, the results on triglycerides with significance at p: 0.06 on samples of this small size suggest a potentially important action. These results provide metabolic objectivity to the results of large-scale epidemiological studies which have shown that consumption of green or black tea was associated with a reduction in cardiovascular risk (8,9).

These first results from this ERC study must of course benefit from additional studies on larger numbers giving the test sufficient power to reach the thresholds of statistical significance. These tests are those required for the demonstration of a health claim for this type of food from the new European regulation (11). In addition, satisfaction with the consumption of products was significantly higher in the tea group with 80.7% of people satisfied or very satisfied against 61.5% in the placebo group (p: 0.0139). On the basis of these various elements, and subject to additional studies, the consumption of Hao Ling® tea over the long term seems to be able to be recommended to people in order to contribute to the prevention of their cardiovascular risk.