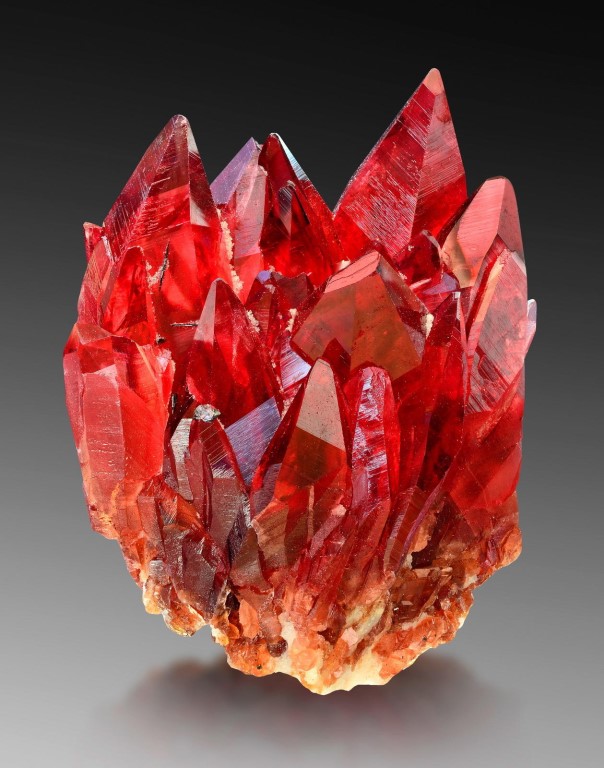 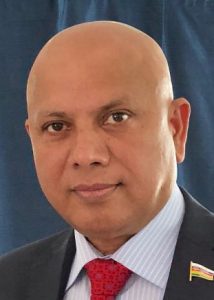 The issues of development of new pharmacological agents with proven therapeutic efficacy are under discussion. When creating them, minerals were used, i.e. natural chemical compounds and their mechanical mixtures with high biogenicity, or the ability to provide interaction between biosubstrates in the implementation of metabolic reactions at the cellular, organ and systemic level. Their origin is the Western spurs of the highest mountain systems of the planet Earth, the Himalayas.

Among the mineral salts sprayed on the lithosphere, which were subject to clinical and pharmacological study in this research, the most valuable are: native silver with an admixture of gold; the family of platinum metals (platinum and its constant companions: iridium, osmium, palladium, ruthenium, radium); beryl and its varieties – aquamarine and emerald; corundum with an admixture of chromium-ruby, with an admixture of iron and titanium – sapphire; halogens (bromine, fluorine, chromium, iodine); chalcogenes (sulfur, selenium); alkali (lithium, sodium, potassium) and alkaline earth metals (magnesium, calcium, barium, beryllium); iron family. According to the literature and our own research, the biological activity of a number of minerals has been established, which is aimed at optimizing the mechanisms of bioregulation, balancing metabolic processes, increasing the body’s resistance to the action of bacterial and viral infections. A number of key issues related to the choice of technical solutions in the production of drugs are considered.

A description of a number of clinical cases is presented, reflecting information about the pathogenetically substantiated treatment of patients with obesity, hypertension, type II diabetes mellitus with the help of drugs derived from minerals.

The great theorist of ancient medicine Claudius Galen (129-200), who is rightly called the Hippocrates of the times of the Roman Empire, rightly said: “Nature is the embodied supreme wisdom, which does not forget anything, never shows negligence, always foresees the consequences, and makes the necessary amendments in advance … It has many means and opportunities to create exactly what is needed for life, knowledge and immortality. ” The founder of chemical medicine, the German physician Paracelsus von Guggenheim (1493-1541), argued that “… every metal, every substance, every plant has properties and elements that can worsen or improve the patient’s condition.” The judgments of these great natural scientists still influence the “glorious scholarship of the well-wishers of medicine” in our time.

In the modern world, the role of simple and complex inorganic substances is extremely great. Up to 70 chemical elements have been quantitatively determined in the human body. Of these, biogenic (organogenic), i.e. absolutely irreplaceable are H, C, O, N, P. Based on the achievements of modern molecular biology and chemistry, it can be argued with a high degree of probability that other chemical elements will also be vital (Cd, F, B, Si, Li, Au , Ag, Mo, Co, etc.). It is important to note that living organisms are capable of concentrating many chemical elements present in water tenfold. Often, any one species or group of organisms has a special affinity for a certain chemical. element, acting in relation to it as an accumulator (Dovgusha V.V., 2003) When determining medical indications for the pharmacotherapy of diseases, the relevance of the mechanism of accumulation of certain chemical elements in the body increases. The normal functioning of tissues is ensured not only by the presence of certain substances in them, but also by their strictly defined quantitative ratios. With their excess intake into the body, they can be deposited in the form of reserves. So, Na and Cl are deposited in the subcutaneous tissue, K – in skeletal muscles, Ca and P – in bones. All mineral salts necessary for the body come from food and water. They are easily absorbed into the bloodstream, and their excretion from the body occurs mainly in urine and sweat. With various functional states (for example, with intense muscle activity), the need for some minerals increases.

Human nutrition is one of the main factors determining the state of his health. Proper nutrition ensures normal growth and development of the body, maintains normal homeostasis, helps prevent many diseases, increases mental and physical performance, and prolongs life. On the basis of objective criteria, the following nutritional disorders were established in almost all groups of the population (deficiency of complete fatty acids, deficiency of complete proteins and excess consumption of fats, deficiency of most vitamins and minerals (Ca, Fe, Se, Zn, I), pronounced deficiency

When determining the course intake of active minerals for therapeutic and prophylactic purposes, it is necessary to take into account the quality of drinking water. As you know, penetrating into the human body through the lungs, skin or the gastrointestinal tract, the vast majority of various foreign chemicals (xenobiotics) undergo a number of biochemical transformations. In this case, the formation of free radicals (SR), reactive oxygen species (singlet oxygen, superoxide anion radical, hydrogen peroxide, hydroxyl radical, etc.), and lipid peroxides functioning inside cells, in the composition of cell membranes and in extracellular fluids occurs. SR can cause damage to DNA, enzymes, and other proteins. In addition, they can accumulate in lipid-rich tissues, as well as modify the antigens of the body’s own. If the activity of the main components of the antioxidant system in various tissues is insufficient, then free radical damage to biomolecules and the intensification of lipid peroxidation (LPO) make a significant contribution to the development of intoxication. The theory of the information-phase state of water in the context of electromagnetic interactions of biological objects (up to the level of atoms and electrons) radically changes the approach to studying the etiology and pathogenesis of some socially significant diseases and causes of premature aging of people.

The structural features of water as a quasi-polymer substance are a necessary condition for the development of biochemical reactions of a redox nature. In biological oxidation reactions, complex organic compounds (carbohydrates, lipids, proteins) act as an oxidizable substrate, and molecular oxygen acts as an oxidizing agent. As a result, most of it is reduced to final compounds, providing the formation of the energy necessary for life. At the same time, part of the molecular oxygen is involved in a complex set of biochemical reactions involving free radicals. The simplest free radical is a hydrogen atom, which contains one proton and one unpaired electron. In biological systems, free radicals of inorganic nature are most widely represented, including primarily oxygen free radicals (superoxide and hydroxyl radicals, hydrogen peroxide, ozone, etc.), the key role in the formation of which is played by metochondria. This leads to an important conclusion that a decrease in the content of free (biologically active) water is the physicochemical basis of oxidative stress. In other words, the vital processes of the organism are caused by the interaction of intracellular and extracellular formations with water. For the normal functioning of such structures (including the transport of electrons between the constituent parts of organelles, the formation of free space for the “turn” of the atomic group of active centers of enzymes), a high water content in cells, 75-85% of their mass, is required. In this case, the topology of targets (proximity) for free radical oxidation reactions of molecular compounds of cellular structures, as well as the presence of bioantioxidants for the neutralization of SR, plays an important role. An alternative to chemical reactions involving SRs when they accumulate in concentrations harmful to the human body is their “quenching”. The main “extinguisher” of CP in the cell is water.

The biological cell is the starting point of all life on Earth. Knowledge about its structure and functions has been immeasurably enriched in recent years. First of all, this concerns the internal structures of the cell, namely the cytoplasm and the nucleus. Particular attention was paid to its outer shell – the plasma membrane. On the basis of the synthesis of knowledge obtained using the methods of biochemistry, biophysics and cytology, the theoretical and applied science of “membranology” was formed. Many topical aspects of the problem of membranology are solved using liposomes. What are liposomes? In the early 60s of the last century, the English researcher from the Cambridge Institute for the Study of Animal Physiology Alec Bangel observed interesting phenomena. After shaking the purified phospholipids from animal cells in water, bubbles of fat are formed, which is later called liposomes. The latter are water-insoluble substances similar in properties to fats. They are divided into non-polar (they are not affected by electrostatic voltage) and polar (they are affected by it). All cell membranes contain only polar lipids, which are able to spread over the surface of aqueous solutions, forming a layer one molecule thick (monolayer). At a high concentration of lipids in water, micelles stick together and a flat bimolecular layer (bilayer) appears. By layering bilayers on top of each other, multilayer lipid structures can be obtained. Depending on the nature of the fatty acids they contain, phospholipid bilayers have a thickness of 6 to 7 nm. The size and shape of multilayer liposomes depends on many factors (acidity of the medium, the presence of inorganic salts, etc.). These properties of liposomes allow them to be used as a model of cell membranes and thereby to study their properties, namely electrical resistance, permeability for water molecules, ions and other charged particles. In addition, liposomes can be used to study the effect of many pharmacologically active substances on cell membranes. In 1971, Gregory Gregornadis from the Center for Clinical Research in Harrow (England) proposed the use of liposomes for medical purposes as carriers of various compounds, mainly drugs. This idea turned out to be extremely fruitful and very quickly gained followers. As carriers, liposomes have two important qualities: similarity in composition to natural cell membranes and versatility.

These properties allow liposomes to bind a wide range of substances: anticancer and antimicrobial drugs, hormones, enzymes, vaccines. They are devoid of antigenic properties, non-toxic and readily biodegradable in the body. Thus, if we talk about an ideal carrier capable of delivering medicinal substances to their sites of action (it is known, for example, in cancer, the main events occur at the site of the tumor, with myocardial infarction – in the heart muscle, with dysentery – in the intestine), then lipomas are suitable most of all for this purpose. With their help, it is possible to reduce the dosage of administered drugs, without reducing the effectiveness of the action. At the same time, the ability of certain substances contained in liposomes to penetrate into cells increases, and the duration of their stay in living tissues also increases. In recent years, liposomes have been obtained by freezing them with the substances included in them and with subsequent drying in the presence of various cryoprotectants. It is they (cryoprotectants) that protect liposomes from destruction during freezing, thawing and drying. The described method is very promising for the preparation of liposomes on an industrial scale.

This technology, which meets the requirements of novelty, has been used to produce and innovative drugs designed to realize the potential of artificially non-reproducible natural body-minerals.

The report was read out and discussed at the 10th Anniversary World Scientific Congress on the topic: “Creative Personality in Science” (November 29, 2018, St. Petersburg).