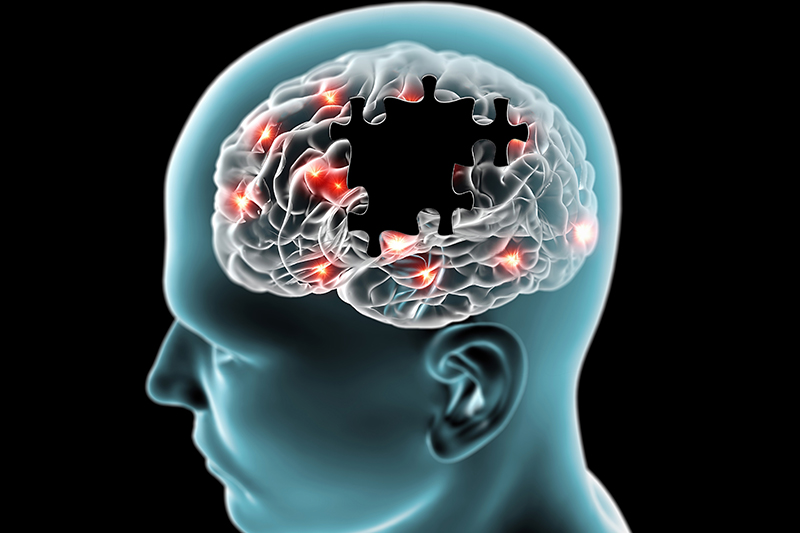 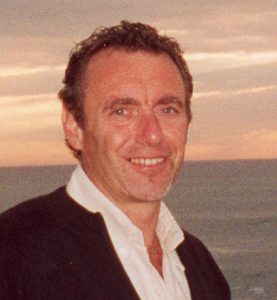 The prevalence is 5 patients per 10,000 inhabitants. TNFs would correspond to 1 to 4% of diagnoses made at the general hospital. In neurology departments, up to 30% of patients suffer from it. Between 60 and 75% of patients are women.
These disorders are located on the border between neurology and psychiatry because it is an anomaly in the functioning of the central nervous system characterized by an alteration in the transmission of information between the brain regions involved in emotional regulation and representation. of oneself on the one hand and the motor and sensory system on the other. The origins of the disease are multifactorial (psychiatric and neurological risk factors).

What are the symptoms of TNF?
The absence of neurological damage is good news because the symptoms of functional neurological disorder (TNF) are curable. The prognosis is, however, correlated with the patient’s ability to adapt. Indeed, it happens that certain factors occur after the onset of the disease and hinder recovery such as the multiplication of medical examinations, refusal of the diagnosis, depressive or anxiety disorders, family dysfunctions, etc. These so-called “perpetuating” factors contribute to long-lasting functional neurological disorders (TNF). Functional Neurological Disorder (TNF) is a real disease and symptoms are not consciously provoked. There is an abnormality in the way the brain sends messages to the body.
They can mimic a large number of lesional neurological disorders. They are characterized by several phenotypes which can be associated:
motor and sensory deficits,
abnormal movements,
psychogenic non-epileptic seizures (CNEP),
language disorders
swallowing disorders,
etc.

At the same time, we often find a pain syndrome, fatigability and problems with attention and concentration.

How is TNF diagnosed?
The nervous system is not functioning properly. Indeed, the functional brain imaging carried out as part of the research has shown abnormalities in the transmission of information between different regions of the brain even though there is no damage to it.
Additional examinations are sometimes necessary to rule out a serious neurological pathology but should not be systematic and it is essential not to multiply them. Indeed, patients with functional disorders do not have damage to the nervous system, and imaging such as MRI or CT scan are therefore normal and of little use.
It is important to note that the delay in diagnosis is 7 years on average, but when the diagnosis is made, it is rarely wrong (4% of cases at 5 years). Diagnosis based on the once difficult physical examination is increasingly recommended. It is based on the history and the patient’s presence of positive clinical and electrophysiological symptoms. The clinical diagnosis then makes it possible to avoid diagnostic error and the chronicization of the disorder.

What are the treatments ?
The advisory consultation is essential and is itself part of the treatment. It will determine the patient’s understanding and acceptance of the diagnosis, as well as their adherence to the therapeutic strategy.
Psychoeducational interventions may follow the announcement of the diagnosis to help the patient better understand the symptoms, their triggers and precursors and to help combat perpetuating factors.
The basis of the management of functional neurological disorders (TNF) is based on multidisciplinarity, with close collaboration between the various actors: neurologists, psychiatrists, rehabilitation workers.
There is no effective specific pharmacological treatment for functional neurological disorders (TNF). The reference treatment is both psychotherapeutic (cognitive and behavioral therapies, Eye Movement Desensitization and Reprocessing, hypnosis, etc.) and physical (physiotherapy programs, speech therapy, psychomotricity).

Facts :
Nov. 2019: Fall in an outside staircase. Facial shock on an asphalt road. trauma to the upper lip with broken upper incisor.
Injury to both knees.
End of March 2020:
Beginning of insomnia and profuse nocturnal sweating.
Morning asthenia
Gradual deterioration of the general condition.
Unusual nocturnal awakenings.

July 2020:
Further degradation of AEG.
Disturbed night and great fatigue upon awakening Replacement of the Temesta by the Tritico.

RV at the CHUV, psychiatry service for depressed state and severe fatigue. No therapeutic decision.

August (start):
End of sweating, without special treatment)
Onset of right leg tremors
Then later a little in the left leg
Onset of tremors upon awakening in bed until bedtime, fluctuating at times, especially when walking.
• Sertaline
• Distraneurin.

January 2021: Beginning of stomach spasms, very important during meals, in addition to the tremors of the right leg
• Inderal (antihypertensive) No effect
• Lexotanil February 2021:

End of June 2021:
Beginning of treatment with Osséopraxie (orthopedic and neuro-functional medicine.

Support in “orthopedic and neuro-functional medicine”.

The clinic :
Mrs. AC.H. presents significant spasms in the 2 lower limbs (especially on the right), in the upper left limb (hand), in the stomach, poorly defined gastric and peri-umbilical area, sharp pain in the face on the right side. Sleep disturbed, anxious, jerky words, depressed state, generalized tremors, without rest.
Weight loss of 11 kg in less than a year, or 49 kg for 1m68.
General condition affected.
Medications with no known effect.

On examination, using the orthopedic and neurofunctional medicine method:
At the cranial level, I note an important occipital Whiplash, a short and little existing, jerky tissue rhythm.
High, posterior right malar with high posterior zygomatic process.
Sphenoidal wings difficult to analyze due to cranial spasms.
Cervical spine with straightness. The spasmed spasm, rigid, interspersed with a short period of calm when lying down, without being able to notice any muscle relaxation.
Lower limbs cannot be properly analyzed.
The patient moans, breaths quickly, without specific pain but apparently exhausted by the neuromuscular jerks. The lying position during the session offers little respite and calm.

I am planning a treatment of the intracranial area in connection with the reticular formation (motor pathways).

1st session: Partial treatment of the whiplash, correction of the upper right malar, the ascending branch of the right upper jaw, the right ATM (temporomandibular joint).
– At 3 days, little improvement.

Subsequent sessions: The patient complains of her right upper lip, of her severe tremors (especially her right leg and left hand) at breakfast as soon as she sits down, of extreme fatigue in the morning.
She explains that the tremors subside at night, but return strongly to sitting and standing in the morning.

That eating created severe abdominal pain, spasms and tremors in the left hand and abdomen.
– Same therapeutic approach:
The body calms down under the action of the occipital treatment.

– At 3 days, little improvement, except for somewhat quieter periods at night, episodic. The morale of the patient is affected, negative comments about life.

1 month after taking charge of 2 sessions per week, I practice a slightly larger treatment of the cranial base, in order to act more specifically on the occipital dura to try to release the reticulated area, as well as the chains anterior vertebral ligaments.
– At 2 days, the patient wakes up in good shape, without trembling.

But the next day, there was a big crisis, the tongue coming out with hyper-sialorrhea, incomprehensible verbiage, severe spasms all over the body.
Very painful stomach, severe and uncontrollable tremors of the upper limbs. The lower right limb is seized with significant jolts.

Treatment the next day, i.e. mid-August:
On examination, it appears that one central action (probably on the reticulate formation) has been successful, but is probably not the only one initiated in TNF.
The treatment of the occipital rhythm calms the patient very quickly on the table. The body relaxes.
Implementation of visceral treatment in the hypochondral areas on both sides and in the esophagus. The diaphragmatic sphere is spasmed, tense, difficult to analyze.

On examination, the occipital rhythm and its tissue mobility are better. The malar is more mobile, but the zygomatic process is still high. I focus my treatment on the right mastoid, which is very anterior and not very mobile. The patient complains of unpleasant pain. I mobilize the right occipito-mastoid and give it a correct rhythm.

I resume the treatment of the 1st cervical (important for the neurological pathways and the dura-merian membrane in relation to the occipital basilar pars).
– At 3 days, the patient really complains of stomach pain and umbilical visceral pain. Still spasms in the lower limbs and left hand, but visceral spasms took priority.

The visceral treatment of the previous sessions is not very effective. It seems that the last treatment activated the visceral disorders.

On October 11, she consults the CHUV for an appointment taken 1 month previously, which puts her under ttt of:
• Escitalopram in the morning 10 mg (depressive states)
• Demetrin in the evening 5 mg (anxiolytic)

October 19:
I discuss the right iliofemoral sphere: the femoral head has a deficit of external rotation, the right psoas painful without exaggeration. The right D12 arch is tense, the diaphragmatic dome contracted but not very painful.
The therapeutic protocol for this region is applied:
• Liberation of the right coxofemoral and the dorsal zone from D12 to D8 (psoas arch).
• No suitable visceral.
Control of the right mastoid, slightly less painful. The cranial base is better rhythmic, freer.
– At 2 days, the patient feels better.
To my surprise :
Stopping muscle spasms of the lower limbs as well as the upper ones.
But, the next day, she reacts violently for about 3 hours.
Then complains of relatively bothersome right neck, nuchal and clavicular pain.

October 22:
Treatment on the dorsal area of D8 / D12 dt, ACDE (back omentum cavity), superior ante- vertebral mesenteric lymph nodes, mainly the upper right which is very painful.
Followed by manual treatment of the pre-vertebral mesenteric pathways and the root of the mesentery. They present areas of pain in the prevertebral retro-stomach area and area of the mesenteric ligament in the projection of the umbilical area, more marked on the right.
– At 3 days, the patient has much less spasms, and also less visceral pain.
She still presents states of anxiety, but diminished.

November 10:
The right superior mesenteric ganglion is still painful.
The patient complains of right costoclavicular pain.
The stellate ganglion is very painful.
I am doing a correction of the 7th cervical and 1st right rib. The pain decreases rapidly. I take the right mesenteric lymph node area, the pain has disappeared.

We are in a case of disruption of the sympathetic system, falling within the framework of a “conflict syndrome” as I described it in its concept.

Four deleterious physical places have settled.
1. First, the direct impact to the upper jaw affected the passage of the sympathetic nerve through the anterior torn hole of the right occipito-mastoid suture.

It took 4 months for the solar plexus, semilunar and upper mesenteric ganglia to be affected (fall in November 2019 and symptoms of disturbances in general condition).
4. The sympathetic pathways, passing through the splanchnic branches from D7 to D12 (more particularly D10 and D11 pathways for the superior mesenteric ganglion) have undergone a functional disorder, either by compression or by abnormal tensions. It is difficult to identify celiac (semilunar), superior mesenteric and aortico-renal lymph nodes. For the record, they are housed on the sides of the abdominal aorta and rest back on the pillars of the diaphragm. The interactions between the sympathetic and the vagus nerve are numerous at this level.

At the level of the 1st right rib is the stellate ganglion (cervico-thoracic). Its connection with the superior mesenteric ganglion is undeniable. The sympathetic fibers return to the intracranial route through the right anterior torn hole, increasing the dysfunction of the area where the reticular formation sits.

This is the likely explanation for this patient’s “neuro-functional disorder”.
The treatment sessions in search of compressions on the sympathetic tracts and their releases ended with a return to almost normal, the neurological state of this patient.
To this day, she has hardly any more limb spasms, less pain and visceral spasms.
She regained weight, 3 kg in 1.5 months (a body weight of 52 kg).
The anxieties are still present, but it seems that they are diminishing. They are still related to hyper sympathetic activity.
The general condition is improving. The patient feels like doing activities again.