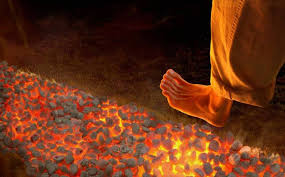 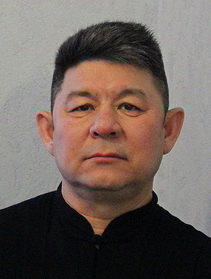 ANNOTATION. The report is dedicated to the author’s method Fire Qigong–full recovery of nervous system method , which is an integration of the ancient knowledge and technologies transformed for a modern human. Its worldview conception, practice and consequences are regarded. Also, the theoretical background of numerical science SSI, which studies emotional intelligence and human consciousness/perception of the world.

Qigong is a traditional Chinese system of perfectioning human’s body aimed at making human organism healthy. The very word Qigong itself contains of two parts: qi – is an energy flow, gong – work, achievement. In this way, we can translate it as work with qi. Qigong has a lot of exercises, especially phycological and physical ones. Due to Qigong, a human body obtains brand new amazing opportunities, which really shock even skeptics and become the issue of scientific study.

Qigong has three levels of influence: body, energy and conscious. To develop them, we do moving, breathing and thinking, where the last is the most significant. With no breathing and conscious Qigong would turn into just fitness. And with no physical exercises and only with energy management and the creating of thoughts and forms, it is possible to do Qigong. However, it is necessary to remember that working on that is called spirituality in our country and De in China, we cannot get the highest results. Anger, envy, hate, jealousy and other negative feeling don’t give us the chance to relax and create positive thinking forms. That’s how the Universe works: destructive thoughts destroy their creator. Conscious regulation is the main skill in Qigong, which is necessary to perceive.

And what about the ones, who don’t practice either Qigong or other methods? Specialists of Qi energy are called Qi guides. These are specially prepared people, who have specific qualities and skills. Its their talent and they help people to find the balance and harmony in the World, and we even have the right to say that they are chosen by the God. This interpretation at the first sight is different from the widely known perception about Qigong as a system psychological and physical human perfection. The main purpose of Qigong is to recover the energy balance between Yin and Yang. However, if we take the interpretation in our context into the consideration, it becomes clear that Fire Qigong it is the method aimed at spiritual purification and emotional correction.

The main sense of Qigong is in harmonization and recovery the extra energy in a body. Humans learn to move the energy in their bodies, how to collect and distribute it. And sure the role of consciousness is enormous here. Qigong deal with the form energy . Our consciousness has adaptive character, it is formed in the childhood from 3 years in order to be adequate in future life.

Fire Qigong is a unique way of energy interaction, first of all, for the guide. The level itself provides the effect of rapid recovery.

Both Qigong and Fire one are aimed at balance and harmony recovery. It’s not all about human internal world, but the relationship with external world. Fire Qigong is the practice, where the main role is given to Qigong guide, which performs not only as a healer, but as a helper and guide between the Creator and the Human. Methods can be different, the main thing about healing is to pure chakras, energy centers, to provide the eternal move of Kundalini across the spine.

The method includes two parts: practical part performed by a guide and theoretical one – the science about the numbers energy, in which the client takes an active part.

The uniqueness is a specific trait of the emotional purification method Fire Qigong is in the influence of the patient, which has its consequence and includes several stages:

The diagnosis of condition, energetic potential, metaphysical condition, organism disfunction is set by a guide according to hand’s pulse. In this way, any headache can pass.

In the ancient times, the spade was heated on open air fire. Nowadays there is a blunt sword instead, which can be heated till 600 degrees on the electricity cooker.

The blunt sward is taken from the hot electrivity cooker, a sura (prayer) is said by the guide, then he touches the sword with his tongue.

After the guide touches the sword with his tongue, he takes structured water in his mouth and sprays it through the heated iron on the patient’s head, shoulders and back.

After a patient is sprayed by the water, he is wiped with a dry towel and lies on the floor. First, on his stomach and then on his back, while his guide is saying a sura.

Then a guide with his bare right foot steps on fire, takes its energy and then steps on the patient and delivers the energy while reading a sura.

This process is repeated as many times as the guide and the patient want, and how much it is required.

A great variety of diagnosis and healing methods are implied, among those are: tactile influence on the zones by the hands, which have been in the boiling water for few seconds, using of the pendulum and the frames, regular drinking of the structured water and vacuum therapy.

As a result, after the first session Fire Qigong a patient feels the relief and positive changes.

Every human according to his conscious number has its destructive and positive energy of his own success. The calculation of his date of birth and the analysis of the lacking competences are made for the total soul and body harmonization. The accent is made on the nature human competences according to the conscious code given from birth, reflection type and emotional intelligence.

According to the numerous studies it was revealed that Fire Qigong sessions cause:

– no more depression and lack of concentration;

– men’s potency and women’s periods come to the norm;

– getting rid of any other unclear disease.

During this process the balance of Energies and Space is recovered and humans get more opportunities.

– find all the problems in organs;

– find all the preventive methods according to the knowledge about human nature, and also special exercises and diet;

– be aware of the methods of human talents revealing;

– the ability to recognize and use positive opportunities;

– find personal and other people’s talents;

– analyze the qualities that are necessary to develop;

According to what has been said, we could report about the new author’s method Fire Qigong Based on the ancient methods of purification and psychological correction, which is highly topical for a modern human.