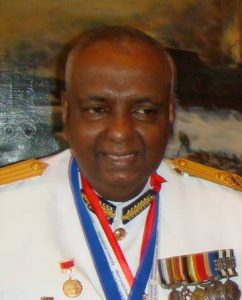 Theme of a dissertation: “Terrorism and national security: a study of LTTE in Sri-Lanka”

Dissertation for the degree of: a Grand-Doctor of Philosophy in international diplomacy in Defence of Peace

The goal of the study

The main focus of the research project is to understand the ‘national problem of Sri-Lanka’. The crisis in the Sri-Lankan polity has arisen because, although the country is multi ethnic and multi religious, groups have not had their due share of state power, which in their opinion, would have facilitated greater integration. This has resulted in the minorities being sidelined and becoming alienated from the Sri-Lankan state, as initial efforts to redeem this situation, by a power sharing mechanism failed.

That, which formed the ‘national problem’, is without doubt the separatist terrorism of the LTTE. The LTTE is equally without doubt a terrorist gang, that is wholly tamil, which seeks not integration or ‘power sharing’ among the different races and/or ethnic groups, that comprise the Sri-Lankan nation, but segregation and a total monopoly of all legislative, executive and judicial power in the northern and eastern provinces. This is confirmed beyond doubt by the demand made by the LTTE for a so called ‘Interim self governing authority’.

The objectives of the study

The objectives of the study are as follows: 1. To study the emergence and growth of the LTTE organization during the period year 1977 to year 2009.

The problem of the study

A study on the terrorism and its impact on the national security is not an easy task as it appears to be a complex issue involving a number of different dimensions. These dimensions, on a broad basis, can be divided in to two groups as national and international. The national dimensions include how terrorist activities of the Liberation Tigers of Tamil Eelam (LTTE) and the counter measures adopted by the government of Sri-Lanka have affected the political system, economy, social values, and human rights. The international dimension involve with the internationalization of the terrorist problem and involvement of foreign elements in the internal affairs of the country. All these have singularly and jointly accounted to weaken the national security of the country. Thus, under the proposed research study, it is expected to investigate the following problems and their impact on the national security: 1. Nature of terrorist activities of the LTTE;