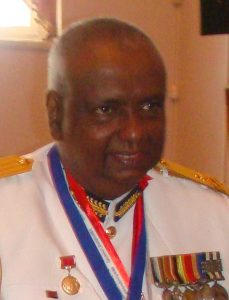 As Scholar P.Wilkinson’s observes, Political Violence is particularly difficult to clarify and analyze because it frequently involves the interaction and effects of the actions of many persons and collectives involving a multiplicity of motivations, psychological effects and subjective evaluations. Scholar Harry Eckstein is of the view that the nature of the concept and the wide area it covers makes it almost impossible to arrive at a generally accepted single definition of Political Violence.

Scholar H.L.Nieburg has defined the definition of political violence as “Acts of disruption, destruction (and) injury whose purpose, choice of targets or victims, surrounding circumstances, implementation, and/or effects have political significance, that tend to modify the behavior of others in a bargaining situation that has consequences for the social system”. Nieburg’s definition, however, has been criticized on the grounds that it lacks precision and it is too inclusive. Further the definition foils to distinguish violence perpetrated by the state of regime in power from the violence and related activities of the general populace.

Scholar Samuel P.Huntington in his definition of political violence sought to limit the term revolution mainly to movements with objectives related to radical changes in the social structure, institutions and ideology. He defined a revolution as “a rapid, fundamental and violent domestic change in the dominant values and myths of society, in its political institutions, social structure, leadership, government activity and policies”. Huntington’s definition too has been subjected to criticism mainly as it disregards many significant types of political violence including peasant revolts, urban insurrections and provincial or national separatists rebellions.

Moreover, political violence is not identical with or intrinsic to what has been studied under the concept of revolution. Adoption of such a definition for the study of Political Violence would lead to the exclusion of many dimensions both in a theoretical and comparative context.

Scholar Chalmers Johnson defined revolution as a form of social change affected by the use of violence in government and/or regime and/or society. Revolution in this sense means attempts made by non-governmental groups within a state to capture power and establish new political, social and economic structures. Scholar Lawrence Stone in analyzing Johnson’s definition has brought forward several serious limitations in its applicability. There are a wide range of governmental changes by means of violence which do not result in a mere replacement of personalities in positions of power, nor are they a pre-condition to the structuring of society. Also, conservative counter revolutions are excluded. Finally the destructions between colonial wars, civil wars and social revolutions are hard to define.

As discussed above there is no general agreement on the definition of the subject. This leads us to conclude that political violence is a very broad term that is applied to all kinds of violent acts with a political motive. Thus, political violence is used as a term for events variously labeled as riots, rebellion, internal wars, turmoil, revolution, insurrection and other forms of violence.

In general political violence is pre-planned armed attacks by an organized group or groups to capture or change political power in a domestic political system.

The two major communities in Sri Lanka, the Sinhalese and the Tamils began to identify themselves along their ethnic lines and animosity formed between them. Inflammatory speeches made by the Sri Lankan politicians further divided the two communities, creating ethnic clashes and riots in 1956, 1958, 1961, 1974, 1977, 1979, 1981 and in 1983. For the average politician, communal politics became the most effective method to win votes.

Violence by sections of the ruling majority against a weak minority provided sufficient fuel for the Tamil political leaders to racially unite their people and campaign on a communal vote. Sinhala politicians nursed the sense of historical grievance harbored by the Sinhala people against the Tamils in an effort to maintain electoral majorities. One such instance was the Sinhala only Parliamentary Act of 1956. This official language Act of 1956 made no reference to Tamils. This act declared that Sinhala was “The one official language”. The act had definite political and economic implications, which forced the Tamil political leadership to declare a non-violent war later which became very violent. The Political violence unleashed by the Sri Lankan Tamil Youth escalated after the UNP, led President J.R.Jayewardene returned to power in 1977. The communalization of the political process alienated the Tamil minority community. 1983 July communal riots killed hundreds of innocent Tamil civilians and destroyed property worth of millions. Thereafter political violence in Sri Lanka turned into a separatist Terrorist movement.

There is no clear and universally accepted definition for terrorism. The British prevention of Terrorism Act says, for purpose of the legislation, terrorism as “The use of Violence for Political ends”.

Terrorism is the biggest challenge to states in the modern world in the 21st century. Terrorist organizations trying to capture political power by resorting to acts of violence is a new modus operandi experienced in the modern world. According to the defense department of USA terrorism is defined as “The unlawful use of or threatened use of force or violence against individuals or property to coerce or intimidate governments or societies often used to achieve political, religious or ideological objectives”. Terrorism is a technique for inducing fear by intimidation. Terrorist violence is neither spontaneous nor random, but carefully planned and executed.

There is no clearly defined single definition for terrorism. Terrorism is an organized system of extreme and violent intimidation to create instability within the political system of a country. Terrorism is bit-by-bit genocide.

Scholar Thronton believes terrorism is the use of terror as “A symbolic Act” designed to influence political behavior by extra normal means, entailing the use or threat of violence. It is the extra normal use of the use of terror that distinguishes it from other forms of political violence. From a wider political scale terrorism has been defined as “Violent criminal behavior designed primarily to generate fear in a large part of the community for political purposes”.

According to the European convention on the suppression of Terrorism the following acts have been identified as acts of terrorism. (1) Unlawful Seizure of Air Crafts (Hijacking), (2) Serious offences against diplomatic agents, (3) Acts of kidnapping and hostage taking  and (4) Offences involving the use of bombs, grenades, rockets, automatic firearms, and parcel bombs used by unauthorized persons. But these acts are considered as terrorism only if they are carried by terrorists. In his famous 1974 speech to the United Nations renouncing terrorism, Yasser Arafat, Chairman of the Palestinian Liberation Organization and founder of its military wing, Fatah declared: “The difference between the revolutionary and the terrorist life in the reasons for which each fights, for whoever stands by a just cause and fights for the freedom and liberation of his land, cannot possibly be called terrorists”.

Bin Laden believed that terrorism is justified if it is used against those who are unjust, whereas it is unjustified if used against the innocent. This concept of innocent, however, as seen above, is an idiosyncratic one. This is a variant on the widely held position that the ends being sought to determine whether or not an act is a terrorist act.

It is not possible to construct a single theory of definition which can encompass a so wide spectrum. Basic definitional components on terrorism include: (1) Terror out come. (2) Instrumental or “Immediate” victims. (3) Primary Targets (“population” or “Broad Groups” and others). (4) Violence and (5) Political purposes. The 1937 convention on terrorism and subsequent scholars have identified other components of the process of terrorism. It emphasized (1) A willful or international act. (2) Terror purpose. (“Calculated to create a state of terror in the minds of the primary target”). (3) An outcome of death, grievous bodily harm or less of liberty to a set of instrumental targets (Eg: Head of State, their families, and public servants). (4) An outcome of damage to or destruction of public property as instrumental targets and (5) Acts calculated to endanger the lives of the members of the public.

Put simply, terrorism is a technique for inducing fear by intimidation. Terrorist violence is neither spontaneous nor random, but carefully planned and executed. Clearly a single definition of terrorism has not been agreed upon; and this creates uneasiness in certain political circles. Terrorism is an organized system of extreme and violent intimidation to create instability within the political system of a country.

Thronton believes terrorism is the use of terror as a “Symbolic Act” designed to influence political behavior by unconventional means, entailing the use or threat of violence. It is the unconventional use of violence that distinguishes it from other forms of political violence. From a wider political perspective terrorism has been defined as “Violent criminal behavior designed primarily to generate fear in a large part of the community for political purposes”.

Terrorists have an end goal of disrupting and discrediting the processes of governance. In order to achieve this, terrorist organizations employ many strategies mainly of a violent nature that terrorize the public to project an image of strength and determination internally, maintain power, advertise movement and/or cause, and impose domination and subjugation. It is impossible to develop an all-inclusive list of potential targets of terrorism.

Terrorism is not violence for the sake of it, or even violence in the expectation of defeating the enemy, rather it is violence to convey a political message. Writing on the September 11 Attacks on al-Qaeda spokesman declared that: “It rang bells of restoring Arab and Islamic glory. The most important defining characteristic of terrorism is the deliberate targeting of civilians. This is what sets terrorism apart from other form of political violence, even the most proximate form, guerrilla warfare”.

It is the total responsibility of a state to curb political violence and terrorism at the very beginning to maintain political stability and social order.