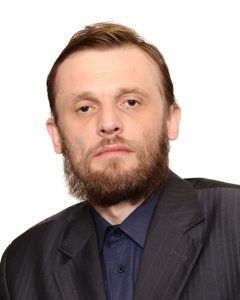 Problems Nostrification foreign documents to award the degree in the Russian Federation.

With the issue of confirmation ( Nostrification or recertification ) document on the degree or rank, as well as the problems which will be discussed in this article may face everyone who came to Russia to work or study .

Formally, the owner of a foreign diploma does not have the appropriate education in the host country . And then he needs a procedure Nostrification ( confirm the level of education or the presence of his degree ) .

Please note that the service Nostrification is normally supplied educational documents , process control , provide information in the event of the need for additional documents , a document confirming the level of your education as well as post-graduate education in Russia . The decision is up to the Ministry of Education and Science of the Russian Federation (until recently Rosobrnadzora ) .

Unfortunately, this process is very bureaucratized and a very long time and those who wished to nostrify your documents on the existence of academic degrees or titles are forced to indulge in the ” ordeal ” in the corridors of the State-owned and held the scientist must prove that he is a scientist. And returning to the Russian scientist who was educated and a degree abroad are forced to accept these ” ordeal ” and bear the financial and moral costs or go back overseas, where there where he is a scientist .

Let’s try to analyze the situation and offer their solutions to it.

Russia recognized diplomas leading foreign universities. But later canceled the order specified (see the order of the Government of the Russian Federation of September 19, 2013 № 1694 -r ) . According to the new order shall be: Bachelor Specialist, Master ( 210 graduates of high schools ) .

Due to the expansion of scientific exchange of specialists from Russia and the countries of Europe and the United States, the question of establishing equivalence of qualifications attested scientific and pedagogical workers ( awarded academic degrees and academic ranks assigned ) takes considerable relevance.

Regulations ( Regulations for the awarding of academic degrees , approved by the Decree of the Government of the Russian Federation 30.01.2002 N 74 and the Regulation on the procedure of conferring academic degrees, approved by the Government of the Russian Federation 29.03.2002 N 194) , there are two forms of the modalities for establishing equivalence re-certification ( including the consideration of specialist training in substance ) and nostrification (representing a formalized monitoring compliance with the requirements of the documents previously awarded degree or assigned academic rank ) ( 2). The applicability of any form determined by the availability of relevant bilateral agreements between the countries ( the U.S., the UK, Italy and a number of Western countries – there is no such agreements ), presumably concluded on the basis of a preliminary analysis of the comparability of levels of professional development in these countries.

Statistical data on the practice of determining the equivalence of academic degrees and titles show that the number of specialists who have undergone these procedures is relatively small (probably due to excessive bureaucratic system). It is an average of all the above certification of cases: by doctors of science – 0.64%, according to the candidates of sciences – 0.39 % , according to the professors in the specialty – 0.31 % , according to associate professor with – 0.39 % , according to Professors the department – 0.1 % , according to Associate Professor – 0.02%. Requalify by professionals of all categories in recent years has a slight growth . The growth takes place almost entirely at the expense of workers from the “near abroad” – the former republics of the Soviet Union, and is associated mainly with the migration process (3). With Western ucheny rarely apply for recognition as a recognition of their documents on a degree is only possible through the humiliating ( in my opinion ) re-certification procedure , and neither Nostrification . Since as mentioned above – with most of the developed countries of the West in the Russian Federation no agreements on mutual recognition. The order of this procedure to view reading the above administrative regulations.

A significant fraction of the total number requalify candidates are people who want to defend their doctoral thesis in Russia or continue their academic activities in the Russian Federation. On his return to Russia this person (citizens) of the Russian Federation also requires the establishment of equivalence of degrees awarded to them .

Although given the ongoing reforms in the Russian Federation in the field of education – PhD abolished without ! ?

The question of the establishment of equivalence of degrees and academic ranks rose from 1993 in an intergovernmental body Matata , but despite the proximity of the original certification systems , has not received a final decision . It was proposed to continue this work in the framework of bilateral agreements.

The problems include the presence and in most western European countries recognized at the state level, one degree ( PhD , PhD.) As opposed to a two-tier Russian system of academic degrees . Meanwhile , a number of leading European countries and there is a second – the highest – level of training of scientific personnel ( habilitated doctor , doctors , etc.) , comparable with the Russian doctors of science.

The second point that prevents the implementation of a faster and more convenient for applicants Nostrification procedures , is the disparity between disciplines and branches of science , which is conducted by the awarding of academic degrees in different countries. In this sense, the more differentiated the Russian classification system of scientific areas , supported by detailed data sheets specialties researchers differs from the often vague titles industries in Western classifiers explicitly bureaucratic system . You could say that , ” What is not produced in Russia ( degree) – it’s bad , but we have a very good …

An important factor that complicates the problem of mapping degrees and academic titles, is the significant differences in the qualifications for applicants and certification procedures. This is a different number , and the nature of the applicant handed candidate examinations , and forms of conformity assessment of the applicant established qualification requirements ( defense of the thesis , the collection of published works , etc.).

To the existing problems is incomplete and the legal question of the form and status of certification documents issued to the applicant on the basis of re-certification or Nostrification . (!)

And in most cases vrezultate Russian citizens have to leave for work abroad. Very instructive example is reflected in an article published on various websites – “The last straw for the young scientist ”

Exeperimental totalitarian leader of the USSR IV Stalin ( Dzhugashvili ) was a success.

Improving the mechanisms for the recognition of equivalence of documents on academic titles and the award of the degree requires a definition of the purpose of this work and its features. With regard to academic degrees and academic titles, as estimates of the highest level of qualification of the teaching staff , it is about the prevailing scientific and pedagogical workers . Establish compliance awarded them degrees and academic titles is assigned to is not the continuation of their education and their right to the performance of qualified research and teaching work in the country. In this sense, coming to work in the modern Russian specialists from Europe, where much better social conditions – a rare event . But the departure of Russian specialists abroad – a typical situation . That is, the facilitation of the recognition of conformity degrees and academic titles can serve as an additional impetus to the brain drain from Russia . Thus , we need a simplified system Nostrification foreign documents and to eliminate the phenomenon of re-certification , ie that procedure , where a scientist invited to actually ” perezaschititsya “, which in itself is not ethical. And even set the order in Russia , according to which the document on the degree of the largest universities in the West to accept without any procedures that upon presentation of a diploma. And then : a person receiving a degree in the UK (take Oxford University) – he is a direct candidate for certification. ” And if you are a scientist ? ” It is clear why from abroad Western scholars rarely travel to the Russian Federation.

In the Russian Federation at the International University of Fundamental Studies operates Knidos . The position of Knidos quote below (4 )

Knidos in the MCCS at IUFS :

2 . Authenticates submitted for recognition of diplomas ;

4 . Gets the job seekers in the case of a positive decision , the fixed protocol , international diplomas nostrify Knidos ;

5 . Establishes certain quotas for payment ( in any currency ) international diplomas of different levels and procedures of their Nostrification ;

10 . Knidos also involves periodically publish in the media, including the Internet, information on its activities .

Chairman of Knidos in the MCCS at IUFS Shanti P. Jayasekara (famous scientist in the world )

The head of the commission said the Rector of the International University of Fundamental Studies eminent scholar Grand Ph.D. Shanti P.Jayasekara . Acquainted with the work of this commission is easy. Web page addresses Knidos on the Internet : www.knid.ru

Ukazanannaya qualitatively Commission carries out its work on the recognition of diplomas (within the powers granted by the International Parliament for Safety and Peace , and in accordance with the Vienna Convention (1961 ), ( 1963) ) .

Conclusion ( conclusion ) : Changing the order of recognition of foreign documents of a degree or title in Russia must be changed in due course. This action will allow the Russian science without problem to cooperate with foreign counterparts. This controversial topic , nona our view of the situation, when it is necessary to solve the pressing problems .

2 . Source: Contribution to the discussion of the problems in the Rosobrnadzor recognition of academic degrees and titles obtained abroad ( with comments EV Shevchenko from 27.05.2005 ) / / Internet : Website Rosobrnadzora .

6.FZ “On Higher and Postgraduate Education”