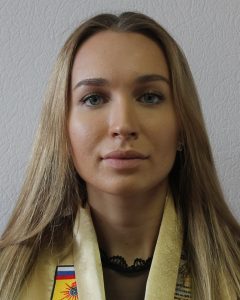 In the article, based on the analysis of the work of tax offices and Justices of the Peace of St. Petersburg (Russia), the topical issues are raised for collecting tax arrears from individual person with the right of tax offices to collect arrears independently, which will increase the tax collection rate, reduce the physical and material costs of tax offices, will lead to the exclusion of mandatory legal proceedings for the administrative cases, which will enable Justices of the Peace to concentrate judicial trials.

The work on the organization of payment by citizens of federal, regional, local taxes and collection of arrears on them is carried out by the tax offices according to the territorial principle. The tax legislation establishes for individuals-taxpayers a common deadline for payment of taxes – no later than October 1 of the year following the past year [Art. 363, 397, 409 of the Tax Code of the Russian Federation]. Therefore, the taxes for 2017 the taxpayers should pay no later than October 1, 2018 on the basis of tax notices that are sent to their addresses by tax offices [Art. 52 of the Tax Code of the Russian Federation]. In the event when citizens do not pay taxes in the period established by the law, tax offices will send them the tax order to pay the tax with charge of penalties for late payment of tax. If taxpayers leave tax claims without execution within a specified period, the tax office will apply to the court for collection of tax arrears from them. The first degree of jurisdiction for collection of tax arrears from citizens in the course of administrative proceedings is a Justice of the Peace. According to my definition, a Justice of the Peace is a judge of general jurisdiction of the first degree of jurisdiction, authorized by the legislative body of the subject of the Russian Federation to execute justice within the limits of the judicial section created by this legislative body.

The tax office, in accordance with the general rules of jurisdiction, submits, according to the jurisdiction of the Justices of the Peace, the applications for the issuance of court orders to collect tax arrears from debtors. According to the submitted documents, a Justice of the Peace alone issues a court order, a copy of which is sent to the debtor, who has the right to file objections on its execution within the time period established by law. If the debtor does not object to the court order within twenty days from the day when the copies of the court order are sent to him/her, it enters into legal force, and the second copy of which, with the signature of a judge certified by the official stamp, as an executive document is issued to the claimant. A court order can be appealed only in a court of cassation, and not in the appeal order in a district court, as provided for in civil proceedings.

In case of cancellation of a court order on unreasonable objections of the debtor, the claimant has the right to apply to the district court with the statement of claim within six months from the date of expiration of the time limit for executing the claim for payment of compulsory payments. Missed for a valid reason the filing of an administrative claim for collecting compulsory payments can be restored by a court [Art. 286 Administrative Procedure Rules of the Russian Federation].

Undoubtedly, at the stage of progressive economic development of our country, by this the legislator has determined a coherent system of judicial control over the legality and validity of the implementation by the tax authorities of their powers to collect taxes [Art. 11 of the Tax Code of the Russian Federation].

However, after the transition to the collection of taxes from individuals in the course of administrative proceedings, the gap in the work of tax offices to improve the updating of the information base on the place of registration and residence of its customers, etc., has not been eliminated, which did not reduce the tax arrears claims sent by tax offices to Justices of the Peace. Justices of the Peace are overly burdened with claims by tax offices on collection of tax arrears, which does not allow them to focus on resolving other court cases when according to the statistics from 80 to 90 percent of taxpayers do not receive copies of court orders. Therefore, in our country, it is urgent to increase the responsibility of tax offices for obtaining the completeness of information about taxpayers, and of citizens – for timely payment of taxes.

The topical necessity is a significant increase in the interim period the collection of tax arrears. It should be equal not to six months, but proportional to the established period of limitation. The existing economic situation in the country obliges to change the current legislation in such a way that the tax offices do not seek for taxpayers, and taxpayers independently seek after to fulfill their civil duty to pay taxes on time. Based on the requirements of the current tax legislation, the tax offices have no independent right to collect tax arrears from citizens. It should be noted that no one counted the expenses of the tax offices for applying to the courts with claims for tax arrears collection. But in fact: they are skyrocketing! I believe that the legislator can grant tax offices with the right to issue tax orders on tax arrears collection from individuals, and citizens – with the right of their appeal to the administration of the local Federal Tax Service offices of the Russian Federation.

The decision of a higher tax authority could be appealed against by an individual in future by an administrative claim proceedings to a court of cassation of an subject of the Russian Federation. Just for this the government can save billions of roubles of court costs. Increasing the responsibility of citizens for timely payment of taxes can be resolved by significantly increasing the amount of penalties on taxes. Today, the head of the tax office is personally responsible for the collection of taxes. In the tax office there is no person responsible for the collection of taxes from taxpayers in a particular area of the district. Perhaps, it would be better to introduce district tax inspectors who would be engaged in individual work with taxpayers? As with the introduction of the Administrative Procedure Rules of the Russian Federation, it is not noted that the tax authorities have taken significant measures to improve their organizational work in collecting taxes from citizens under the existing taxpayer liability system for the timely payment of taxes, therefore, the overload of judges shall be prevented in order to exclude the violation of hard-and-fast guidelines of the legal proceedings in the country. I consider that vesting the tax authorities the right to independently collect tax arrears from individuals will serve the interests of our country.