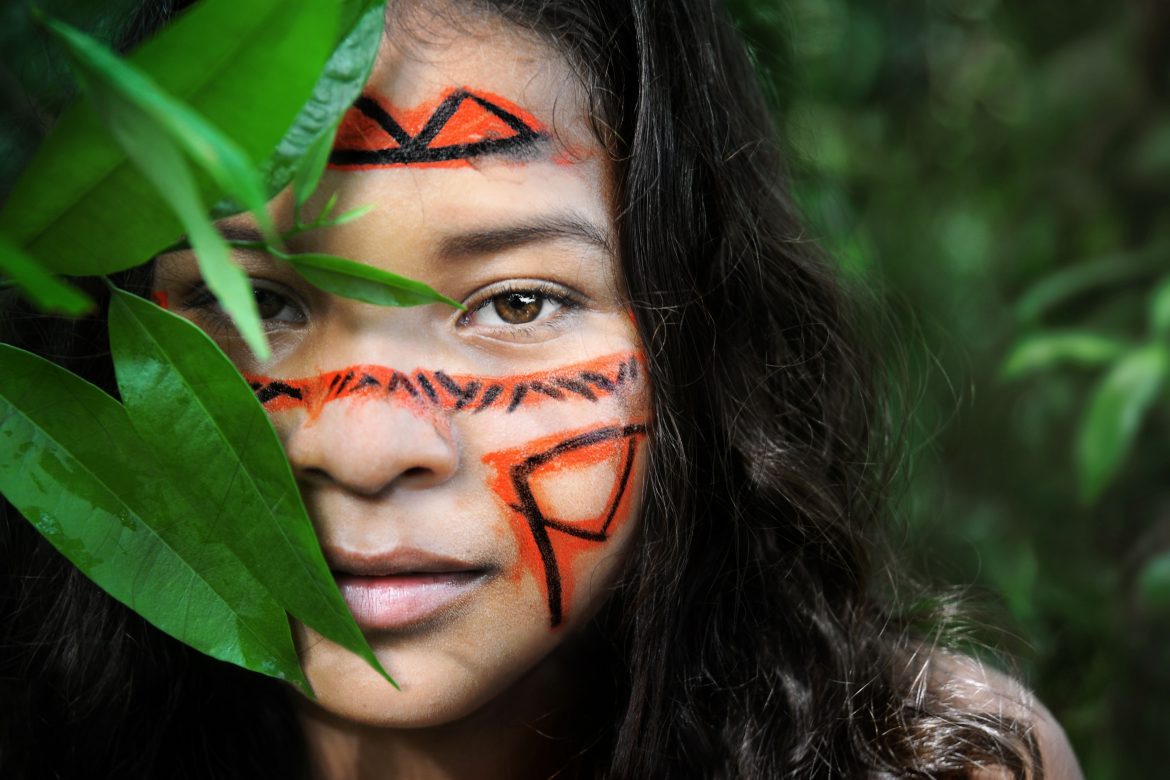 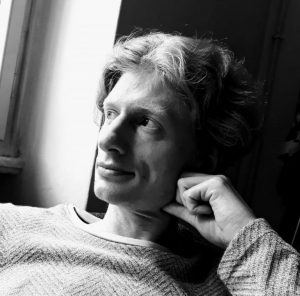 Master of Psychology, Specialist in

the field of entheogenic psychotherapy

ESSAYS ON ENTHEOGENIC SHAMANISM OF AMAZON

Annotation: The article is based on a twenty year- experience in the field of entheogenic shamanism in the Amazon. In the first part, the author focuses on terminology, which is necessary for the further development of the main topic of the publication. Part 2 deals with existential issues and the psychotherapeutic potential of psychedelics. (This publication is primarily concerned with terminology).

“Life is what happens to you, while you are making other plans. ”

More than twenty years have passed since my first visit as a travel team member to the Amazon, namely to the Peruvian jungle near the city of Iquitos. The jungle, like other natural phenomena, is a world of wonders always ready to share with somebody. Organic intelligence, brilliantly symmetrical and complete, whose ingenuity can be seen in the playful hierarchy of flora and fauna, for example, in the complex infrastructure of anthills – this space itself undoubtedly expands consciousness, not yielding to the effect of shamanic herbs.

At the time, I was 17, and the issues of ecology and internal culture of a person, based on a deep understanding of interconnections, were not the matters of my concern, so even the slums of Belene, the suburb of Iquitos, floating in heaps of garbage, seemed to me romantically attractive, as well as markets with jaguar skins or petrol ornaments on the Amazon River. Everything shaped a single semi-mythical image causing delight and interest. And interest in living creatures is perhaps one of the most valuable condition for a life worth living in the world. Undoubtedly, it was the hint of adventure that made it so peculiar and did not leave me during long hikes in the tropics, sailing along the tributaries of the Amazon and meeting with the locals.

The meeting with the shaman from the Vitoto tribe had a rather relaxed manner, without unnecessary excitement and mystical events (before the trip I read K. Castaneda). An old Indian in ripped jeans and large rubber boots greeted us with a silent smile and offered to see his garden, where, in addition to ayahuasca, there were many medicinal herbs and local fruits.

One of the amazing features of Ayahuasca is that there are thousands of similar vines, and only a few of them are psychoactive, as well as there are thousands of species of shrubs that look like chakruna (Psychotria viridis), and only a few of them contain tryptamine alkaloids, which by themselves, when used orally, they are not active, for psychoactivity they must be mixed with a vine in the right proportion and painstakingly prepared. The process of making a drink is not easy at all, it takes years to experiment. The ability of the Indians to calculate what exactly and in what proportions should be mixed is still a mystery to ethnobotanists and anthropologists.

The first session with Ayahuasca was one of the fundamental impulses in my subsequent research. In this region, the “black” liana is used, known for its “body cleansing” disposition. In many tribes, the vomiting accompanying an ayahuascus session is considered the most important component of the ceremony in terms of detoxification and regeneration of the body. And it is this type of liana, due to its emetic * properties, that is widely used by shamans to treat various diseases. This was the first type of vine I met (and then I believed that this is the only existing species, and internally agreed with the inevitable physical effects) and after which I plunged into a longer and more exciting journey into the world of entheogenic shamanism …

First of all, you need to deal with terminology.

Ayahuasca (Ayahuasca, Ayahuasca): An entheogenic drink with a strong hallucinogenic effect. Traditionally, the drink is used by the Amazonian tribes in Brazil, Ecuador, Peru and Colombia, where it is also known as daime, yagé, yajé, natema, hoasca. Translated from the Quechua language, “ayahuasca” means “liana of the spirit” or “liana of the dead”, which reflects the plant’s potential to cause the experience of internal psychological death, or, as it is often called, “ego decay.” Thus, Ayahuasca has served as the main catalyst for mental hygiene for the tribes using it for centuries. In a way, this is a form of “tribal psychiatry.” Its scientific study began in the middle of the 19th century (by the scientist Richard Spruce, 1817 – 1893). Later, in the twentieth century, some of the varieties of ayahuasca vines were assigned to the family Malpigaceae and the genus Banisteriopsis.

Among the main researchers of ayahuasca and entheogens in general is the American ethnobotanist biologist Richard Evans Schultes (1915-2001). His most famous work is the book Plants of the Gods, written in collaboration with the giant of psychedelic culture and the creator of LSD, Albert Hofmann. Modern research on ayahuasca is concerned with the effects of some of its alkaloids on neuroplasticity. These studies confirm the effect of harmine and tetrahydroharmine on the formation of new neurons and brain cells, which leads to improved cognitive functions and can be used in the treatment of psychodegenerative diseases (Dr. Jordi Riba 2015). An equally important discovery is the ability of the DMT molecule to function as a potent immunomodulator. But the main topic of the article is devoted to the ability of entheogens to stimulate awareness and increase attention, necessary for holistic self-knowledge.

There are two core approaches to the concept of “consciousness”, with the first prevailing in the world of science, postulates that consciousness is a product of brain activity (“The Big Encyclopedic Dictionary”). In the Great Russian Encyclopedia, 2000, consciousness is defined as “the highest form of mental reflection inherent in a socially developed person and associated with speech, the ideal side of goal-setting activity.” Thus, consciousness is considered only as a result of biochemical processes and is the “main mental phenomenon”, according to the philosopher John Searle.

With the emergence of psychedelic culture in Western civilization, a different approach emerged. It is properly explained by the founder of modern transpersonal psychology Stanislav Grof: “These observations, without any doubt, demonstrate the existence of a close connection between consciousness and the brain, however, do not necessarily prove that consciousness is a product of the brain. The logic of this conclusion reached by mechanistic science is highly questionable, and, of course, one can imagine theoretical systems that would explain the available data in a completely different way. A simple example like a television would serve as an illustration. The quality of the picture and sound strictly depends on the correct operation of all components, and a malfunction or breakdown of any of them will lead to very specific distortions. A television mechanic can locate the faulty component by the nature of the distortion and repair the failure by replacing or repairing the required parts. None of us will see this as scientific evidence that a program should be generated on a television, since television is an artificial system and its functions are well known. But this is exactly the type of conclusion that mechanistic science has obtained in relation to the brain and consciousness. ” (Psychology of the Future. Lessons from Modern Consciousness Research, 2002)

In early Buddhism, there was a notion that everything is consciousness. All forms that seem different and separate from each other are a manifestation of a holistic, indivisible consciousness. Awareness of oneself by this field of consciousness is enlightenment (going beyond the boundaries of dualistic materialism). Contemporary psychedelic philosophy fully subscribes to this approach (if one can call it an “approach”). So, for example, the great Indian thinker Jiddu Krishnamurti gave a very precise definition of consciousness: “A conscious person is not separable from the object of awareness. This is one movement in which there is no observer – there is only observed. ”

Entheogenic Shamanism: Entheogenic shamanism is a form of shamanism based on the use of psychoactive substances as the primary means to achieve expanded states of consciousness.

Entheogen (from ancient Greek ἔνθεος “inspired by a deity, being in ecstasy” and γενέσθαι “to become”). The term was proposed by ethnobotanist Jonathan Ott, who is the author of many scientific works in the field of psychedelics. One of the general definitions of shamanism belongs to the renowned anthropologist Mircea Eliade: “Shamanism is one of the archaic techniques of ecstasy, at the same time mysticism, magic and” religion “in the broadest sense of the word.” (Mircea Eliade: Shamanism. Archaic Techniques of Ecstasy, 1951) However, it is wrong to use this definition when speaking about shamanism in general, since there are two different shamanic currents, the specific form of which is largely determined by the territorial presence of psychoactive plants. An essential difference between archaic shamanism and entheogenic shamanism is the transition from magical thinking to reflective thinking, built on direct experience.

Shaman is a term implying both a person demonstrating an archaic model of traditions, rituals and beliefs (such as belief in totem animals, the power of ancestors, magical powers, etc.), and, in the case of an entheogenic direction, a person who went beyond limits of this conditioning and understands that belief in something is not needed for “awareness”.

Hallucinations: The medical dictionary defines hallucinations (Latin Hallucinatio – delusions, visions) as one of the types of impairment of sensory cognition, which can take different forms (sound, visual, tactile, etc.). It would seem that it is unnecessary to include this word in the glossary, due to its unambiguity, but in the world of psychedelics it also has other functions, besides breaking contact with reality. Of course, in many cases (possibly in most) this is what happens: under the influence of a psychotropic drug, a person sees only chaotic images of his thinking, subconsciousness and feels an uncomfortable distortion of the surrounding space. However, I would like to add two more types of hallucinations (the English word visions is more suitable for them), sometimes accompanying psychedelic experiences. The former can be called “cognitive-metaphorical”, and their content is filled with visualized information, allegorical images that help to comprehend an otherwise inaccessible picture of the world. The second type is the vision of usually invisible dimensions, which, however, can be quite real. Renowned psychedelic researcher Rick Strasman called this category the “invisible world”, referring to telepathic living, seeing other places in real time, or the ability to perceive events in the future or the past.

Hallucinations: The medical dictionary defines hallucinations (Latin Hallucinatio – delusions, visions) as one of the types of impairment of sensory cognition, which can take different forms (sound, visual, tactile, etc.).

It would seem that it is unnecessary to include this word in the glossary, due to its unambiguity, but in the world of psychedelics it also has other functions, except for breaking contact with reality. Of course, in many cases (possibly in most) this is what happens: under the influence of a psychotropic drug, a person sees only chaotic images of his thinking, subconsciousness and feels an uncomfortable distortion of the surrounding space.

However, I would like to add two more types of hallucinations (the English word visions is more suitable for them), sometimes accompanying psychedelic experiences. The former can be called “cognitive-metaphorical”, and their content is filled with visualized information, allegorical images that help to comprehend an otherwise inaccessible picture of the world. The latter is the vision of usually invisible dimensions, which, however, can be quite real. Renowned psychedelic researcher Rick Strasman called this category the “invisible world”, referring to telepathic living, seeing other places in real time, or the ability to perceive events in the future or the past.

Penrouse R. Shadows of the Mind: A Search for the Missing Science of Consciousness  1994

Grof S. Beyond the Brain: Birth, Death And Transcendence In Psychotherapy. Suny Series, 1985