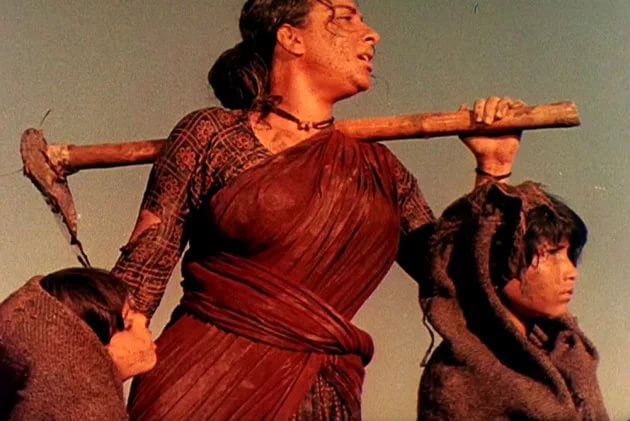 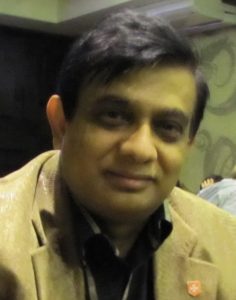 The distinguishing feature of Indian cinema has always been uniqueness based on the tradition of national drama, even when the most serious movie plot is followed by songs and dances with the emphasis on musical compositions.

It is quality of music and songs which are so crucial for success of films. In order to attract attention of the audience, long before the premiere of films themselves some soundtracks are usually released.

The major character is an ordinary person, which is able to withstand the evil and injustice and, as the majority of cinema industry are the representatives come from low classes. This factor is the main during the film making.

Good music, bright colors, beautiful dresses help the viewer forget about his life problems for a while.

The history of Indian cinema dates back to the end of the 19th century, when technological wonder of the Lumiere brothers with the help of light allowed to play movements on the screen. After 6 years of its invention, this technology got to Indian and in 1901 the first documentary was made.

The father of Indian cinema is Dhundiraj Govind Phalke , who created his style known even today. After the acquaintance with European cinema industry, Phalke created the house of cinema production, and in 1913 shot the first Indian film “Raja Harishchandra”.

Here are the main stages of the development of cinema in India:

– 1930-1940 –the first sound film “Alam Ara” (1931) was released. At this time 27 sound films were released as well. This was a real breakthrough in the country’s cinema. It considerably broadened the opportunities of cinema masters, and Bollywood production started to grow. By the 1939 more than 200 films had been released in India and the cinema industry of the country is on the 4th place in world’s top film production and on the 8th from theatrical release revenue.

– 1940-1960. The growing tendency of move from black-and-white films to color ones. During this period the films, which are now considered to the classics of the genre, were released. The film by Mehboob Khan “Mother India”, which was nominated for Oscar for The Best Foreign Language film (1957), the films “Pyassa” and “Kaagaz Ke Phool” by Guru Dutt were included by journalists in the list of the 100 best films of the world.

– 1970-1980- Among romantic films, the films about gangsters and mafia were also shot. Amitabh Bachchan followed this genre and today his is famous as one of the best actors of Indian film industry. He created the image of “Robin Hood”, who all alone withstood all the evil and injustice.

-1990s – This period is characterized by the return to family and romantic musicals. And even though Indian film makers prefer considering the problems of all the audience (considerably broadening the demand for cinema production), there were still films for the ordinary people and city residents or foreigners.

The main viewers of Indian cinema are from South-Western and South Asia, Middle East, Arabian Society of France and almost all Africa.

It is such a wide range of markets that makes shoot “shallow” and understandable movies, skipping all the emotional, language and situational peculiarities.

Cinema in India nowadays is at its rise, because of the reforms conducted by the government.

The government realized that for a high-tech county, which India is rapidly becoming, the creation of new cinema will influence the new, modern image of a country on the world’s markets. Besides, if in the past cinema industry was the part of services sector, now, under the pressure of outstanding people of art and big corporations, cinema has obtained the status of “industrial production” with the opportunity to attract both bank and outward investments. Amount of financing increased by more than 50%, and, as a result, in 2008 total gain from ticket sales reached 3 billion dollars.

In new cinema shot with the use of modern technologies new characters appeared. As, for example, in the film “And laughter, and tears” starring Amitabkh Bachanov, the main idol of the 80s, and with the budget 8,5 million dollars, the biggest one in the whole history of Bollywood.

With the turn of the new century Bollywood started to compete with Hollywood for international recognition.

Film director Mira Nair brings to Cannes his film “Salaam Bombay!” and got Jury and Audience Choice Award. That year his film “Monsoon Wedding” was awarded the Golden Lion in Venice and in her recognition she was offered to be the Head of the Jury of the 52th Berlin film festival.

For the first time in London in 2000 the Oscar Award Ceremony for the Indian filmmakers was held. The film director Shekhar Kapur was awarded for the films “Queen Eizabeth” (shot in England) and “Queen of gangsters” (shot in India).

Indian film makers are now thinking of Hollywood, of its experience and resources. Indian delegations visit the USA quite often, and the Association of American feature Motion Pictures is thinking of the opportunity of cooperation of both countries’ cinema industry.

There is no cooperation with Russia yet. And, in spite of the great amount of Western films, there are many people in Russian who appreciate Indian cinema. Video cassettes and discs are eagerly bought in kiosks and malls. The consumer is loyal in his love to this complicated and ordinary, good and banal, but still bright, exotic, cheerful happy ending. National cinema and its actors for the dwellers of India mean life itself. First of all, this concerns old-school actors. They could act any genre, any character and any hero.

Outstanding actors and their films:

Dev Anand is one of the outstanding actors (those were also both film directors and producers of their films). He was the actor, film director, producer, writer; he starred in more than 100 films as a major character. His first picture was a thriller “Enemies” (1951).

In 1971 Dev Anand made the film “Brother and sisters”. It was the reaction to hippie culture. He made a contribution to Bollywood fashion by creating his own unique style: fringe, bright and colorful shirts, corduroy jeans and yellow scarf. His dramatic type is romantic hero.

The same with 2 outstanding actors: Raj Kapoor and Rajesh Khanna. Dev Anand starred in the Indian adaptation of “The Government Inspector” by Gogol. He was included into the Jury of Moscow International Cinema Festival (1961). He spent his last years in London, where he died at the age of 88.

Dharmendra is an actor, producer, and politician. He climbed on a career ladder slowly. In the film “Flower and stone” (1966) he starred with the actress Mina Kumary (who had already starred in several films) and this film become a real hit. Dharmendra plays roles of courageous and tender men, attracting a lot of fans. During the shooting of “Sholay” he met the actress Hema Malini. And at that time they become famous couple, which was for a long time the most commercially successful on the screen. 16 from 28 films, where they played, became real hits:

Raj Kapoor is the king of Indian cinema, actor, film director, screen writer. He starred in 80 films. He played plenty of roles, which had an impact on Indian cinema culture.

For the first time he acted when he was 6 years working in the theatre “Pritkhvi-theatres” not only as an actor, but as a scene worker, lighting technician and cleaner. His father, Pritkhviradj Kapur, was the owner of this theater, and that is why the father had very high demands for his sons (Raj has 2 brothers-Shammi and Shashi).

But Raj Kapoor wanted to make his future career in cinema. His first films “Fire” and “ Rain season” were shot together with Nargis, who had become his close friend and helper in creation of outstanding cinema hits. But a real recognition to Kapoor came with his third directorial work. This was a legendary film “Tramp”. In 1951the film was released on the screen of India and immediately become successful. This was the story of a boy from slums, who wanted to be an honest man, but he was forced to steal. The tramp, played by Raj, was naively sly, ambitious, slippery, but at the same time vulnerable.

The film is distinguished by moving moments and unbelievable coincidences, and Raj Kapoor – by the talent of a comedian, by songs and dances, by his laugh during his talks about the serious and tragic. However, the ending of the film was unexpectedly happy.

Soon the film “Tramp” was internationally accepted and got Prize in Cannes. In the USSR this film was incredibly successful and many people watched it in the cinema not just one time. Boys on the streets trying to imitate the Tramp, would copy his step and sing his song: “I am Tramp, Tramp!”

In 1955 a satirical comedy “Mr. 420” was released. This film was some kind of a variant of “Tramp” (2 parts as well) and it got 9 awards from the Association of Journalists.

Raj Kapoor got another Award on the International Film Festival in Karlovy Vary (1957) – The Globe de Cristal. This is the story of a peasant, who was taken for a thief by rich landlords. Raj Kapoor wrote the script and played the major role.

Kapoor was often compared with Chaplin. Awkward gestures, shuffling gait, shyness and vulnerability in his eyes-all this had an impact on a viewer. But still, regardless of some traits of external similarity with the characters of Chaplin, Kapoor found his character, which took peculiarities of Indian National Character. He was young, handsome, full of strength and charm and, unlike Chaplin, didn’t get into awkward situations.

Kapoor and Nargis broke up, and a new level at Kappor’s career as an actor and film director began. There came a star of another range-layback Padmini.

In 1960 the film “In the country, where the Gang flows” starring Padmini was released. Here the sensual prevailed over the spiritual. Gradually, social problematics in Kapoor’s films set aside. His passion for materialistic values and luxury changed the final variant of the film “Bobby”.

It brought record-breaking profit, when it was released in 1973. His films “Turbid Gang-God’s River” (1985) and “Love Illness” (1982) were box-office hits. In these films Kappor changed poetical realism to deliberate entertainment.

In 1988 Kapoor was awarded the most honorable prize in the county- D. Phalke Prize, but during the ceremony he lost consciousness and after some time died. With the death of Kapoor the whole epoch of Indian cinema finished. His work was continued by his sons: Randhir, Rishi and Rajiv.

Nargis (Nargis Dat) is an Indian actress, who starred in 50 films. Her famous film partner was Raj Kapoor. She met him in 1945. “We were meant to be”-said Raj later on. His hectic romance with Nargis became national legend…

A Russian viewer knew her from the films “Tramp”, “Mr. 420” and also from Soviet-Indian film “Journey Beyond Three Seas”. But her most famous film was “Mother India”, which got the Prize in International Film Festival in Karlovy Vary, and Nargis played Best Female Role. By playing Radha, a widow, who brought up two sons and saved their lives, but still at the same time saving her virtue, Nargis turned into the perfect example for “mothers” of the next Indian family cinema.

In 1968 Nargis obtained National Award for Best Female Role for the film “Day and Night”.

P.S. Any genre has been available to Indian cinema, because old actor “army” could play any character.

In Bollywood there are about 600 films under production. This number is close to Hollywood, but… budget is not to compare.

The friendship between Russia and India has existed from the times of the USSR and has always been the subject of attention of both countries. Today we witness the Renaissance of Russian-Indian friendship. And for Russian and Indian film-makers this is the opening of new perspectives in realization of joint projects.