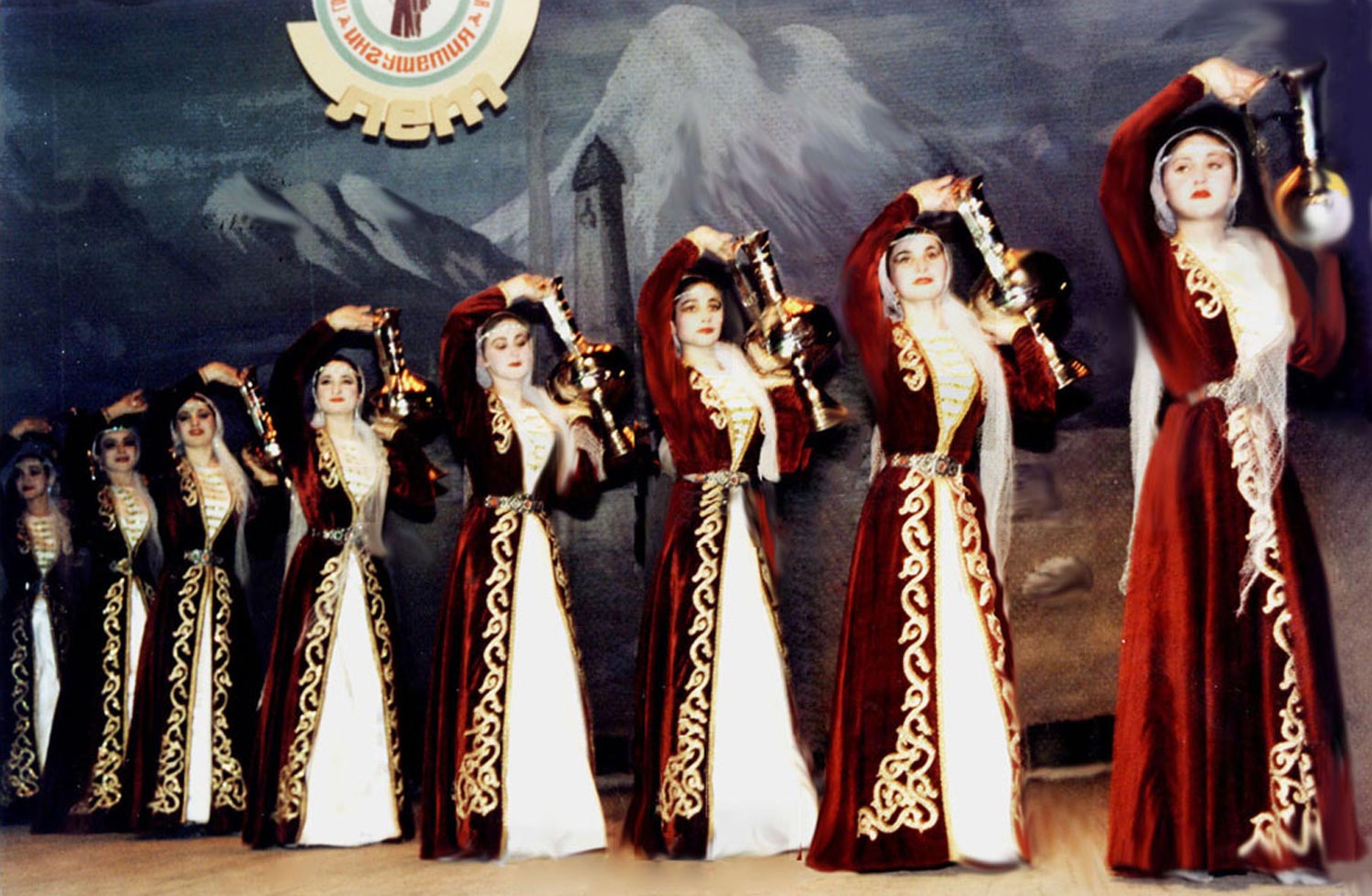 “THE PHILOSOPHY OF INGUSH LANGUAGE AND CULTURE”  The eighth page of monograph refers to “linguasophy” in the phrase : “…We could say that the ancestors of Ingush, as conscious native-speakers of present language-philosophy, or linguasophy, were the authors not only of Ingush, but of many other cultures and civilizations of the ancient world “. On the sixth page it is said also about the philosophical and communicative nature of the Ingush language. Originally we were planning to call the monograph “LINGUASOPHY OF INGUSH LANGUAGE AND CULTURE”. Now, they suggest to use the term “metasophy” instead of “linguasophy”. All monograph was actually written as metosophy. But it was decided not to hurry with the application of a new branch of knowledge and to present everything under the term of philosophy. It was clear that metosophy may include sciences, that philosophy does not cover, and in this sense it is wider. So the philosophy can be taken as a part of metosophy, along with other sciences. Met – language, place, view (“mettar”- he thought, imagined), were presented (meta d), reset on a place(met ot), in the Ingush language. Sophy – wisdom in the Greek language. So phi e – is translated from the Ingush as “what am I” ? Task of wisdom is to answer the question – what am I ? For this you need to restore the initial presentation, the data in the wisdom of the language. The term “met” is consonant to the first part of the word “metaphysics” and the word “meter” – dimension. It is well known that the man is the measure of all things. Considering these meanings and more pleasing sound to the ear  instead of the term “linguasophy” we introduce the term “metosophy”. The invention,  besides the communicative and philosophical nature of language, has demanded the change of opinion on almost all branches of human knowledge.

THE ORIGIN OF PHILOSOPHY FROM METOSOPHY Mind in the eternity of past knew “I spirit” (Az) and “I soul” (So) and will know it in the eternity of future. About a million years ago there were changes in the psyche, and between spirit and soul a barrier appeared. Languages with one I or one pronoun of the 1st person singular began to appear. In the future, the barrier between the spirit and the soul will become thinner and mind will discover again the “I spirit” and “I soul”, or Atman and Akhamkara of Indian philosophy, or Atma and Boddhi in the philosophy of buddhism, or Az vozdam (I will render the spirit ) and vengeance to me( I revenge by soul ) of christianity. To repair the link between the “I spirit” and “I soul” and to return the lost metasophy,mysteries and philosophies were installed, prophets and revelations were sent. The eternity of the past belonged to metasophy, the eternity of the future will belong to it.

When the barrier between the spirit and the soul will become thinner, people will not study, but will have all the knowledge in itself, and babies will have a tongue in the wombs of mothers and in the cradle, as it was in the beginning and at the age of metasophy. The possession of tongue before the birth and the child’s communication with his mother, was natural at that time. People will be born without the participation of seminal substance, in which the conditionality of five senses and five elements, and with the help of verb – of a flame (al) from “I spirit” and with the light of  soul (sa) from “I soul”. Jesus was conceived as a spirit and word of Allah and spoke from the cradle, according to the teachings of Islam. Spirit (verb-flame) and the word (light-soul)of the sage with the “I spirit” (Az) and “I soul” (So) could also engender children, who spoke in the cradle, and even from the womb of substance. Language-the tongue of the spirit and language- representation of the soul are older than body, physiology and organs of speech. In ancient times it was customary to start discussing in the spirit of wisdom with any questions or affirmations.   Aristotle believed that philosophy begins with the question why ? Kant reduced philosophy to the three questions : what can I know , what I can hope for, and that is man . At the same time he believed that the first two questions can be reduced to the last one about the man. Phil\ Fel – oversensuality in Ingush. So Phi, v, so phi e, so phi d, so phy b – four phrases, which means what am i? So phi ya… (Venav)? – what to acquire i came (Venav). Phil so phi v al san? in the state of oversensuality (Phil), that I am like a tsar or a will. Phil so phi v al san – “what am I, like the heavens or the consciousness in a state of oversensuality. Phil so phi d dini san? what am i as the world or the feeling of life in the form of oversensuality. Phil so phi b malkh san? “what am I like the sun or emotions in a form of oversensuality. The Greeks gave their own explanation of the term “philosophy”,  raising a history to Pythagoras, who, allegedly,has offered modestly to call themselves not the sages, but the lovers of wisdom (Philo – love, Sophy – wisdom), and their classes – the love of wisdom. As far as we know, this combination can not be made from the Greek language. Phila is love or a lover? Sophy is wisdom, or sagasity? How this whole form arose from the point of view of Greek language grammar? Most likely the Greeks just explained the term in their own way, the origin of which was lost in the mist of the past, and having jumped over all the wise men, they had to rise to the Pythagoras. The personal So(I) in the state of oversensuality has no nature of the tsar nor of the will, heaven nor of consciousness of the world or taste of life, sun, or emotions. There is “I” without an underlined, highlighted “me” from universal. There I look like the spark in the bosom of  “I” fire ” and “We” sparks. Philosophy began as an echo of metasophy.

METASOPHY AND THEORIES OF SCIENCES                                                                 ECONOMY The term “boakham” meant agriculture, and the economy as a subsistence. Az boakh Bo – I make a subsistence. So boakh Bo – Me makes a subsistence. So Malkh b – I am the sun. The economy like the subsistence of sun, is in the relationship between “I spirit” and “I soul”. Same thing regarding the economy of logos, heaven and world. Four phrases – voakh vo, yoakh yo, doakh do, boaakh bo – designate economies of four types of existence, as a subsistence system.  Suns and worlds do not live by themselves, but in the relationship of spirit and soul. These phrases indicate the subsistence of body, psyche, and social organization. In fact, there are three economies: a) the economy of bio – organization, in which the predominant initiative comes from flocking, b) economy of psycho – organization, in which the predominant initiative comes from predation, and b) the economy of social organization, in which the predominant initiative comes from nobility. The concept of economy as agriculture and science about this agriculture, meets only a third our system – the economy of social organization. This is just a sketch of how a new economic theory can be developed based on metasophy. And metasophy could not only be able to cover all known subject areas, but also could help to remove new sciences from the mind, to broaden and deepen existing ones. The potency of the mind hid a lot of new sciences, but for their actualization or awakening it needs to have a new philosophical science like metasophy. But the most important thing is the unifying force of metasophy, and of all subject areas and all ancient civilizations and teachings of the world. They are- beads-shapes, the Ingush metasophy is – thread-contents. That’s why the ancient history of the world belonged also(even to say mostly ?!)to Ingush or Vainakh race. History is not simply as a past existence that belongs to all things and beings, but history, as acts of will and mind and influences through them on the course of civilization. So why the future could not belong to the Ingush metasophy, once it has already come from the eternity past?