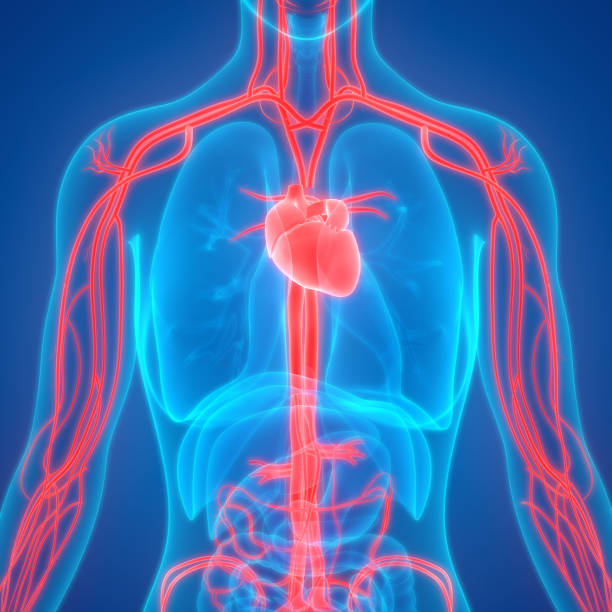 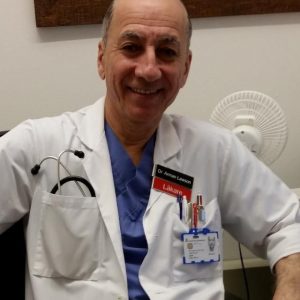 The problem of intersystem relations remains ongoing in physiology. Optimum intersystem collaboration guarantees the reliable functioning of the organism. The clearest example of somato-vegetative interdependence is the well-known cardio-respiratory relationship (CRR). The links between the respiratory and cardiovascular systems are confirmed by many facts: second-line (respiratory wave) blood pressure, registered by blood; phase-related changes in heart rate when lung-internal pressure is lowered and raised (Muller and Walsaw tests); respiratory arrhythmia in heart function; respiratory and pulse rhythm in parasympathetic and sympathetic efferent nerves; heart rhythm and diaphragm nerve and expiratory neuron activity in the oblongata, etc.

At the same time, some CRR manifestations, and its mechanisms, especially in various illnesses, are plainly under-researched. Our studies have investigated comparative aspects of CRR in control laboratory rats and clean-line spontaneously hypertensive rats (SHR).

Acute experiments on Wistar line rats with normal blood pressure have shown that the underlying efferent impulsing in the renal, large and sympathetic cervical nerves has non-grouping, low-amplitude (10-15 jiV) and higher-amplitude (approx. 25 jiV) variations, and variations which group according to pulse and respiratory movement rhythms. Respiratory groupings usually arose at the start of diastole and inspiration, and disappeared at the end of inspiration and the cardiac systole. The total frequency of these sometimes reached 200 or more per second, but was often lower.

The main characteristic of the neurograms of spontaneously hypertensive rats at 5-16 weeks of postnatal ontogenesis is the absence of clear synchronization of background charges, and often an ongoing stream of impulses. As a result of new low-amplitude and higher-amplitude frequency potentials, the underlying impulse frequency usually exceeds 250 beats per second, i. e. 1.5–2 times as fast as the control rats.

Nerve disconnection was carried out to analyze the neurograms in more detail. This showed that the frequency of spontaneous potentials in the postganglion fibers of the nerves of control rats with blood pressure of up to 110 Hg mm ranged from 0.5 to 1.8 impulses/second, with a mean of 1.2–1.8 impulses/second. In hypertensive rats (blood pressure 150–165 Hg mm) this figure was 1.5–3.7 impulses/second. In addition, the spontaneously hypertensive rats showed higher fiber recruitment in the nerve stems.

The intensiveness of the overall neurogram correlates well with average blood pressure. There is every reason to suppose that the activity of the sympathetic nervous system is significantly increased during the onset of genetic hypertension. As shown by analysis, hypersympathicotonia does not simply accompany arterial hypertension, but provokes it. This is amply confirmed by experiments using chemical sympathectomy. Our experiments on 7 control rats and 10 SHR using standard levels of intra-abdominal guanetidin/isobarin (20 mg/ kg daily for 12 days) in the tail, using cuffs with blood pressure sensors, in new-born rats measured systemic blood pressure.

The graph  shows that the blood pressure of SHR with sumpathectomy increases considerably more slowly as the rats’ age increases, but still continues to increase faster that that of rats with normal blood pressure. Both the control rats and the SHR showed good correlation between respiratory rate and heart rate in ontogenesis. This, sympathectomy (destruction of the sympathetic ganglia), together with a reduction in sympathetic vasoconstrictive flow, significantly hinders the increase of blood pressure, although it does not prevent it altogether. According to our observations, renal denervation, which leads to increased defiltration capacity, slows the increase in blood pressure more effectively.

That the reactivity of the baroreceptor/sympathetic reflex is lower in SHR than in control animals is confirmed by experiments using functional loads (noradrenaline test, short-term occlusion of the carotid artery, hemorrhagia). This hyporeactivity increases with the age of the unhealthy animals, reflecting not only lower sensitivity of the SHR’s baroreceptor mechanisms, but also a core disruption to the function.

The tachycardia reaction to short-term constriction of the trachea is typically more marked in healthy rats than in SHR. This is more evidence of lower CRR in the unhealthy animals.

The link between blood circulation and external respiration is sometimes ambiguous, and can show up in ways particular to individual functional states of the organism under physical and respiratory stress and with cardiovascular illnesses, which clearly indicates the wide variety of mechanisms which can be involved and combined in these systems. In general, respiratory rate is primarily linked to heart rate, and is regulated automatically.

The main conclusion to be drawn from our research is that SHR’s CRR is preserved, but reduced, which is not due to age alone. Respiratory rate depends mainly on heart rate.